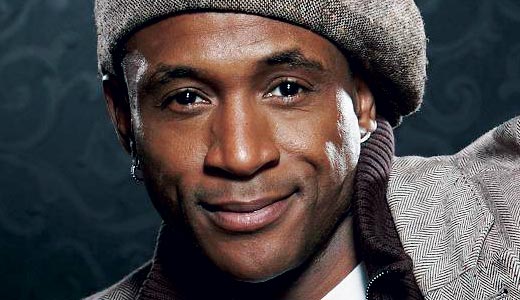 For more than two decades, Tommy Davidson has been one of the most successful comics in the business. His star rose quickly as a standout member of the ensemble cast of “In Living Color,” which included such colossal co-stars as Jim Carrey, Jamie Foxx and David Alan Grier. He went on to star in such classic comedies as “Strictly Business” and “Bamboozled,” as well as the more recent blaxploitation spoof “Black Dynamite.” Davidson will be at the Improv at Fourth Street Live this weekend.

LEO: How did having children influence your comedy?
Tommy Davidson: It just made me want to work more, but they didn’t change my material. They’re changing it now, though — now is the first time my children have affected my comedy, because they’re from another planet.

LEO: Do you find pain necessary for a comedian to be funny?
TD: It depends on the comedian. I come from a pretty bright place. My point of view on the world is that this is a great place to be … while you’re here.

LEO: Do you have any road horror stories?
TD: Yeah, Carbondale, Ill. I performed in a club where the whole wall was gone, and the wall was facing the highway. They put a big painting tarp over the wall, behind the stage, so my backdrop was a live highway. And I also performed at a Community Center on the diving board over an empty swimming pool. They didn’t pay me my money.

LEO: What’s the worst heckle you’ve ever had?
TD: At a show in Philadelphia, 15 minutes into my show, a woman has a heart attack and dies … right there. I guess you could say I have killer comedy. You better watch out, I gotta make people sign somethin’. My comedy can be hazardous to your health, may cause a heart attack … like a pack of cigarettes.

LEO: What do you think about social networking sites like Twitter?
TD: They remind me of a bathroom stall … anybody can write anything and everybody’s gotta read it … ya’ know, cuz you can’t go anywhere when you’re on the toilet.

LEO: How do you view the legacy of “In Living Color,” two decades later?
TD: I am fortunate to be a part of that show. It was so funny; it has stood the test of time. In short, it is as funny now as it was when we were doing it … and in some cases even funnier.

LEO: You were always the object of affection for Jamie Foxx’s “Wanda” character. How much of your reactions were improv compared to scripted?
TD: To me, a lot of that was improv, because I discovered another dimension of comedy, which is … I learned how to play a straight guy. That’s as skillful as being the guy who delivers the punchline in comedy, ya’ know? There’s no Abbott without Costello. There’s no Laurel without Hardy. There’s no Ralph Kramden without Norton.

LEO: The Wayans Brothers were great on that show. Why aren’t their movies funny?
TD: (Laughs) “White Chicks” was funny. I don’t know … maybe they aren’t as funny as me.

LEO: When you make a movie like “Black Dynamite,” where’s the line when it goes from spoof to perpetuating stereotypes?
TD: There is no line, actually.

LEO: There’s no line?
TD: No. What we’re doing is making fun of stereotypes — we’re taking the power out of ’em by making fun of ’em. That’s the magic of comedy … you can take something negative and turn it positive by looking at the funny side of it.