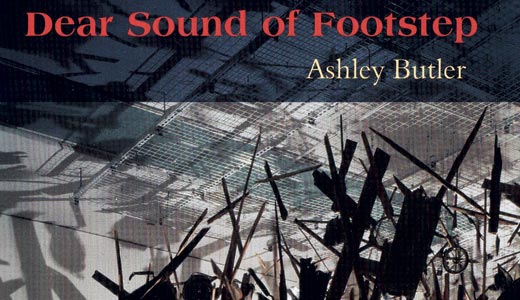 After the protagonist of “The Stranger” learns of his mother’s demise, he guns down an Arab passerby on the beach. When asked the reason, the narrator claims the sun was in his eyes. Paul Auster asserts that women’s voices swathe the human conscience — the mother’s voice being both precedent and final boundary before absolute moral and metaphysical chaos. In “Ulysses,” Stephen Dedalus announces: “Where there is a reconciliation, there must have first been a sundering,” as he expounds upon his new aesthetic. The initial “sundering” prompting the young writer to “recreate” reality and change literature forever comes via the death of his mother. On her deathbed, she begs Stephen to pray with her, but — being a staunch atheist — he refuses.

In her memoir, “Dear Sound of Footstep,” Ashley Butler exhibits a similar existential edge and hard-wrought candor as she recounts her mother’s demise from breast cancer. Butler unflinchingly details the rot of her mother’s body: her blackened tongue, the exposed muscle from where the skin graft didn’t take after the mastectomy, the blank spot of the mind her mother no longer possessed. Standing by, Butler must also abide how she reneged on her promise “not to let her die this way,” and regrets how “thoughtless” a promise it was.

Readers of “Dear Sound of Footstep” should not be surprised to find themselves bemused as they attempt to connect the first few chapters. Intense depictions of her mother’s sickness and death appear alongside tidbits in the history of experimental aircraft, clouds in French class and a summary of a photograph by Seichi Furuya. These startling abutments are the result of a young mind attempting to repair a universe recently sundered. Like childbirth — or the loss of virginity — nothing really prepares us for the death of a parent. In the wake of such unrest, Butler must analyze and cram and juxtapose her world back together again without blueprint. Though puzzling at first, her narratives about experimental Civil War surgeries and test pilots sent from the cockpits of faltering planes convey the brutal newness of inhabiting a world without mothers. To rebuild, she needs to absorb the blow and climb high into the clouds to survey the damage. From altitude, the prose looks down upon craters, both terrestrial and lunar, fallen Midwestern bridges, and lakes so dark they seep like wounds of pure space. It’s only from this high vantage that Butler begins to “consider how an absence can take on force.”

Make no mistake, Butler refuses us those saccharine, Lifetime-movie moments. At no point does she dwell on endearing mother/daughter exchanges. The language is swift and bracing, especially where the content is most painful. Though she can actually peer into her mother’s gaping sternum, it is her father who remains obstinate and dark. Dysfunctional to say the least, he assumed false identities as he cheated on his dying wife. Ironically, with one parent Butler sees too much, while the other erects a wall.

As chapter follows chapter, you learn how to read her book. We understand why an essay on the Karman Vortex requires inclusion (it records the trace left in the air of ascending bodies). Given the focus and force of the narrative is a cut out of a mother who is no longer there, we understand why the author visits anechoic chambers to hear what sounds (a mother’s voice, her footsteps) the ear may conjure in a sonic void. Though her mother’s body is gone, there always remains an echo, and indention, a wound in which Butler must rise up to comprehend. As with the first astronauts shot into space, we attend Butler’s stunning clarity.