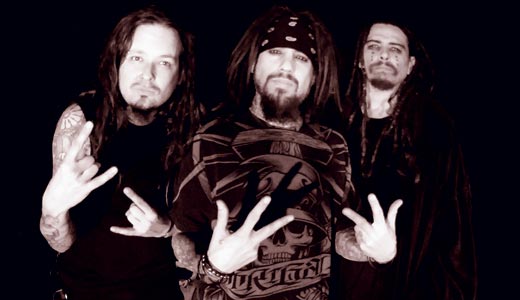 Louisville Film Society and the Kentucky Center for the Arts will present the world premiere of “Burn To Shine 4: Louisville”? on May 22 at the Bomhard.

Directed by Christoph Green and co-produced by Brendan Canty of Fugazi, the series films bands performing in soon-to-be razed houses. Louisville’s chapter was shot in November 2005 in the strange netherworld between Clarksville and Jeffersonville, says William Benton, whose band Lucky Pineapple was filmed along with Will Oldham, Dead Child, Shipping News, Liberation Prophecy, Ultra Pulverize, The Commonwealth and others.

A Q&A follows the 7 p.m. screening with Brendan Canty and Benton, as well as on-site performances from Rachel Grimes, Bonnie “Prince” Billy & The Cairo Gang and Liberation Prophecy. Tickets are $20 and available by calling 584-7777 or online at www.kentuckycenter.org. The event doubles as a benefit for Jason Noble.

One can only wonder what Adidas-clad rap-metalers from Bakersfield, Calif., would do to a cover of “Ballroom Blitz.” Korn visits for a post-Derby May 4 show at Expo Five (2900 S. Seventh St. Road, www. expofive.com). Tickets are $39 at www.ticketweb.com. Doors open at 7 p.m.

Three Doors Down, country star Luke Bryan and DJ Doliveck are among those booked for Fourth Street Live’s Derby Nights series, running today through Saturday. The shows are free and most start at 8 p.m. Visit www.fourthstreetlive.com.

The Kodiaks (www.myspace.com/thekodiaks) stop in to discuss their new CD, At The Banks. Listen at Bluegrass Catastrophe, bluecat.leoweekly.com.