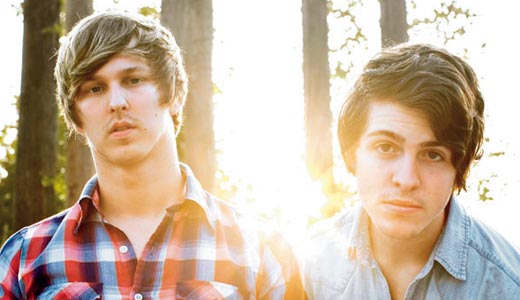 The third annual South by South End Festival happens April 23-24 at Expo Five (2900 S. Seventh St. Road, www.sxsend.com). Tickets are $10 per day or $15 for a weekend pass. There will be three stages, including one outside, artist booths, an appearance by Hare Krishna Zombie from “Dawn of the Dead,” as well as mini-Marilyn Manson, whose rendition of “The Beautiful People” ought to be memorable.

White Crosses, the fifth album from Florida pop-punks Against Me, due out June 8 on Sire, will feature more of the politically charged anthems the band is known for, but several of the songs also discuss growing up punk, making for a one-two punch of retaliation and remembrance. They visit Headliners (1386 Lexington Road, 584-8088) tonight with Sugar Spell It Out, Dead To Me and Moneybrother. Showtime is 7:30 p.m. Tickets are $12 (adv.), $15 (door).

A Lion Named Roar (www.myspace.com/alionnamedroar) joins us in the offices to discuss the release of their new album, Said & Done. Listen at Bluegrass Catastrophe, bluecat.leoweekly.com.