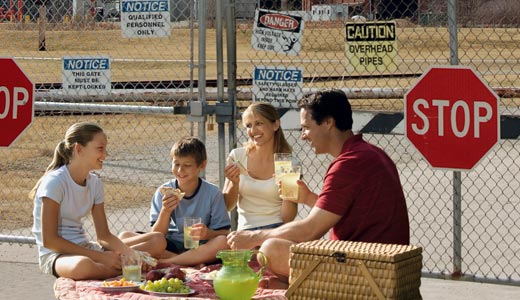 Sure, rum is fun and gin makes you grin. Bourbon gets star status in this state, and vodka is touted for its low calories. And tequila, well, who doesn’t love a party? But then there’s scotch … often left out of a night on the town. Scotch is revered in its homeland, but in the United States, it’s treated like shit on a shoe. In fact, if scotch were riding on the Titanic today, it would be chugging beer and dancing a jig down in steerage. Sadly, it would have lost its life, as most third-class passengers did. If your mantra is to love all, how about extending your liver’s hand out to scotch next time you’re ordering a drink. Let the jarring flavor of smoked peat wash over your soul.

We once told you that all the “cool kids” pick up a Velocity, but that’s so yesterday. The new thing for hipsters is to go full retro. And there’s no better way than to pick up an old mid-20th century practice and buy an ink-stained Courier-Journal newspaper. Don’t worry about reading it. In today’s fashion-forward world, you’ve got to fake it to make it. However, if you dare to scan its pages, here are some tips: First, know their best reporter is probably on furlough. Second, the best reporting on state government is in The Lexington Herald-Leader. Third, the best city reporting is in LEO (of course we’re a bit biased). Fourth, the better in-depth stories are on public radio. And finally, the more thoughtful opinions are on a handful of blogs.

There’s only about 1 mile separating the two states, but the differences between Indiana and Kentucky reach into the millions. There’s often misplaced rivalry between the citizens of both states, but LEO Weekly is here to end that. Today we want you bluegrass residents to reach out and bridge the gap that our legislature can’t. Hug a Hoosier. Embrace an Indiana resident with a good, long, strong hug — no friendly patting, only tender squeezing. If Kentucky and Indiana can get along, then peace is possible in the world. Who knows, this friendly exchange could be the butterfly effect that ends wars, feeds the hungry and sends Celine Dion back to Canada.

Buy an ad in LEO

In these tough economic times, chances are there’s something you are looking to sell. Maybe it’s the collection of antique Penthouse magazines that’s been collecting dust (or something like that) ever since you got hitched last year. Or perhaps you have a particular skill you would like to market — Tarot card reader (good for birthday parties), Derby hat designer (the bigger the better), sensual massage (nothing illicit please).

In other words, if you’re in the market to unload goods or share your talents for some much-needed cash, LEO has the ad space for you! Call now to ensure a spot in our next issue. Seriously … call now. You won’t be sorry. Call 895-9770. Please.

Louisville can claim its fair share of media icons, from the late Hunter S. Thompson to ABC Nightly News Anchor Diane Sawyer. But none of them can touch the king of local media — Louisville Mojo editor Rick Redding. No one has delivered breaking news like this since Lois Lane or J. Jonah Jameson. When he’s not keeping a watchful eye on the dumb blondes masquerading as television reporters, he’s able to copy and paste press releases in a single keystroke. The “Rick” has touched almost every media outlet in this city but has come into his own at Mojo. So we beg you — please give the King his due before you miss THE BREAKING NEWS!

Your life is fascinating to all of us, we, your Facebook friends. At last count, 217 of us sit at our computers to await your next revelation about what you are having for lunch. We tremble each time we read in your third-person musings that you are “… heading out to work!” or that you are “…so ready for Friday! Woot woot!” What’s that you say? You have “only two hours to go and I’m outta here! LMAO.” Somehow, we sensed this, given this emotion seems to overcome you nearly every Friday around 3 p.m., the nervous joy causing you to abruptly switch to first-person tense in mid-sentence. But that’s OK, because it serves as a reminder that there is at least one thing upon which we can all count. Kind of like the chicken you gave us in Farmville that will always exist on our “farm,” even though we don’t play the game and never will. So type away, our savior savant – type away. Our breaths, bated, hang in the balance forever more, awaiting your next keystroke.

Bored? Got nothing much to do on a dateless and pathetic Friday night? Well buster, you’re in luck, because the Louisville Metro Police Department has your entertainment needs covered. The next time you don’t feel like paying to see another 3-D Hollywood movie, go out and put your taxpayer dollars to their fullest use by starting some shit with a cop. “It’s something we do to help the community through these trying economic times,” says LMPD Chief Robert White. “When we aren’t busy catching bad guys, we’re always happy to give you a cheap thrill. Or several.” Keep in mind, it doesn’t take much to get the desired effect, as any overzealousness on your part might exceed the recommended safe voltage levels. (Pro tip: Don’t bother with any cop whose rank is less than a sergeant, as the grunts have trouble distinguishing their Tasers from their sidearms. In fact, don’t do this at all.)

Ah, nature — who needs it? The majestic, unnatural beauty of Louisville’s proudest industrial nightmare affords even the most diehard granola-cruncher a view into another kind of scenic beauty. When you’ve got the time, take out the old sedan and point it down Cane Run Road, but remember: The air will kill you, so keep them windows up! As a matter of fact, it’s probably wise to leave your air conditioner off; try not to leave too much skin exposed; and don’t breathe. The area’s many landfills offer the perfect place for an al fresco picnic, and the surrounding infrastructural decay makes for surprising archaeological adventures! Rubbertown is also a great place to take your pet if you plan on leaving it there to die a slow and painful death, which makes for great dinner conversation.