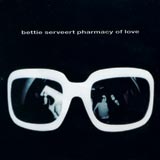 Nearly two decades ago, the Dutch band Bettie Serveert released their first album, a critically heralded masterpiece that epitomized indie pop of the time. It would seem they have since been unable to live down the body of work that was Palomine. With visceral guitar screams that translated agony into musical tone and vocal lines that were as desperate as they were sweet, Bettie Serveert entered the scene with a sound that would define the trajectory of their career. Eight albums later, critics are still quick to point out the mountaintop the band has come from and dispel the idea of them ever reaching such a peak again. But skepticism like this ignores the basic truth: Bettie Serveert has remained the great band they were in their youth. Carol van Dyk is still singing eerie songs that cut to the quick of human emotion, and Peter Visser’s guitar lines still stick like a needle.