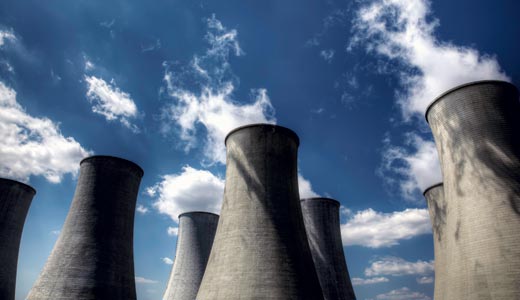 Lawmakers often lament that in the cacophony of the 24-hour news cycle, their words, deeds and policies are drowned out in a din of conflicting messages, celebrity gossip and public indifference. So when one of the nation’s most respected news magazines of record — Newsweek — turns its far-reaching and influential attention toward your small corner of the world, it would seem to be something of a minor triumph for those legislators struggling to get their voices heard.

If your policies are sound and grounded in an honest belief that you are working for the common good, any substantive publicity should be, as they say, good publicity. Right?

Wrong. At least not over the past couple of weeks and not for those Frankfort policy wonks responsible for mapping out a plan for meeting Kentucky’s future energy needs.

In a prominently featured story from Newsweek’s Feb. 22 print edition, boldly headlined “Kentucky Wants Your Nuclear Waste,” the magazine suggested that because President Obama has nixed plans to store the nation’s nuclear waste at Nevada’s Yucca Mountain site, states eager to heed his State of the Union call for a new generation of nuclear power plants will now be forced to find alternatives for storing their collective radioactive runoff.

Kentucky, they write, is positioning itself to become that alternative.

Senate Bill 26, recently passed by the Kentucky State Senate, would lift the long-standing state ban on the construction of nuclear power plants for the production of electricity. A later amendment to the bill references the storage of nuclear waste, a hot-button issue and more than likely the initial impetus for the story (an e-mail to Tony Dokoupil, the Newsweek reporter responsible for the article, received a polite “no comment”). Critics of the president’s nuclear power expansion campaign — Obama has proposed tripling public financing for nuclear power — point out it does not include plans for where to store all of that additional radioactive waste.

The magazine goes on to quote Kerri Richardson, a spokeswoman for Gov. Steve Beshear, as saying the storage of other states’ waste “would certainly attract a lot of interest from our administration.”

Wow. So far it sounds a lot like the magazine has uncovered a backdoor effort by legislators to cash in on this federal push for nuclear power by opening another Maxey Flats — the infamous eastern Kentucky radioactive dump — complete with poisoned groundwater and future Superfund sites.

But hold on, say state officials.

“It was a miscommunication,” Richardson tells LEO Weekly. “This story clearly misses the whole point of the referenced legislation, which would allow Kentucky to consider locating nuclear power plants in the state and has absolutely nothing to do with accepting or storing nuclear waste from other states.”

The governor’s office asked Newsweek to correct the story, which the magazine did — albeit only on its website and using somewhat begrudging language: “Clarification: Governor Beshear tells Newsweek that Kentucky does not want to store other states’ nuclear waste. He says that by ‘interest’ his spokeswoman meant that the idea would stir up controversy.”

In other words, by “interest” they meant, um, “not interested at all.”

To be fair, there is language in the bill that refers to “the storage of high-level nuclear waste,” but that is applicable only to the waste that might result from plants built in Kentucky, says Leonard K. Peters, secretary of the Energy and Environment Cabinet. “It means simply the waste generated here in Kentucky. It doesn’t authorize the construction of a federally controlled site,” like those at Yucca Mountain or Carlsbad, N.M.

“The intent of the bill,” which is supported by Beshear, “was to lift the moratorium on the construction of nuclear power plants for the production of electricity,” says Peters.

So this doomsday scenario of a bluegrass landscape blighted by the waste from an entire nation’s new generation of nuclear power plants isn’t what lawmakers had in mind? “Uh, no,” says Peters.

What Peters and other state officials want legislators to consider is the possibility of a nuclear-powered future for Kentucky. As part of the governor’s “7-Point Strategy for Energy Independence” introduced in November 2008, examining the use of nuclear power in Kentucky is one of the plan’s main points. It’s all part of the larger goal of “a 20 percent cut in greenhouse gas emissions, increased coal research, and the creation of 40,000 jobs in the energy sector,” according to an Energy and Environment Cabinet press release.

Not an easy sell in a state where King Coal reigns supreme and the words “Chernobyl” and “Three Mile Island” can still conjure up nightmarish images of nuclear fallout.

Kentucky’s push can be seen as part of a larger effort by the federal government to wean the country off of fossil fuels and toward cleaner energy independence. The Department of Energy recently proposed $36 billion in new federal loan guarantees for the nuclear power industry on top of the $18.5 billion already budgeted, for a total of $54.5 billion. That’s enough to help fund six or seven new power plants, according to published reports.

Still, concerns remain about safety and just how “clean” nuclear power really is.

“Chernobyl aside — which was an aging plant in a nation that was beginning to fall apart — it has a good record,” says Peters. “We have better technology, better controls and better safety.”

Of course, not everyone shares this optimistic outlook.

The Union of Concerned Scientists (UCS), a Massachusetts-based advocacy group of 250,000 scientists and private citizens, takes a dimmer view of this resurgent interest in nuclear power.

“It’s clear that nuclear power in the United States is riskier than it should — and could — be,” says UCS senior staff scientist Edwin Lyman. “The United States has strong safety regulations on the books, but the federal agency that oversees the industry — the Nuclear Regulatory Commission (NRC) — does not enforce them consistently.”

The UCS also raises concerns about the security of these facilities, which could be potential targets for future terrorist attacks. “A major accident or successful attack could kill or injure tens of thousands of people and contaminate large regions,” warns the UCS website.

It’s curious to note that Kentucky already has deep ties to the nuclear power industry, despite the fact that more coal miners are employed here than in any other state. The U.S. Department of Energy’s Gaseous Diffusion Plant in Paducah is a primary producer of the nuclear fuel used in the type of plants the governor would like to see built here. But because Kentucky has no nuclear plants of its own, the feds send this fuel across the country and around the globe, where it’s used to produce 17 percent of the world’s electricity, according to the U.S. Department of Energy.

All of this, of course, is likely a moot point, at least for this legislative session.

“The House is consumed with the budget right now,” says Secretary Peters. Languishing in committee, the bill will likely die there, as it did in 2009. “I’m not optimistic,” says Peters, adding, “It would be a shame if (the Newsweek article) muddied the legislative waters.”