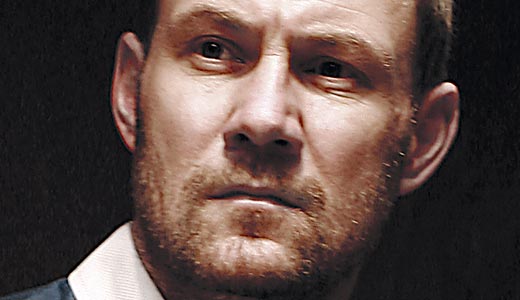 Help me out here, all my words are falling short. And there’s so much I want to say …

So begins the second verse of arguably David Gray’s most recognizable song, “Please Forgive Me.”

When he first hit the mainstream with the album White Ladder in the late 1990s, no English dinner party was complete without him. The record du jour played on repeat in every 20- and 30-somethings’ two-up two-down. After dessert (yes, a Spotted Dick perhaps, with custard) and the third bottle of wine, it proved to be the perfect singa-longa-with-feeling collection. Not since The Smiths had misery been so generally, universally accepted as a great thing to get drunk and warble to. Like Morrissey, Gray is from the gritty, spirited northern English city of Manchester, yet his maudlin mumblings lack the charming man’s precocious intellectualism, shooting straight for the soul and the heartbreaking.

Gray’s voice and lyrics are authentic, and not in the overused “American Idol” sense. His sad ramblings and tales of unrequited obsession are so familiar they are disarming. Anyone who’s suffered falling in or out of love will recognize a truth so poignant in his words they will make you catch your breath. “Babylon,” “Be Mine,” “The One I Love,” “Sail Away” … his songs of suffering allow the listener to indulge in their own private hell while giving a reassuring wink that says you’re not alone. If none of those quasi-U.S. hits ring a bell, think Damien Rice (with whom he performed a duet at Wembley for Live Earth in 2008) meets Coldplay.

What you shouldn’t expect is a foppish English twit. He got a cheer from the crowd at a recent London concert when the soccer fanatic admitted to kicking Gordon Ramsay during a charity match. Having a Grammy nomination and a stable of celebrity fans (Annie Lennox just lent her vocals to “Draw the Line”) proves his fans right.

“I just feel very, very alive,” Gray announced along with his tour dates recently. His latest single, “Fugitive,” reflects this burst of energy and is bound to be a crowd-pleaser Saturday at the Palace. If a song ever called for en masse swaying and mobile phone illumination, this is it.

Despite his name, gray-tailored suits and gray subjects (She loves me? She loves me not?), once you’ve seen the light, expect an evening in his presence to be the bright spot of your week.