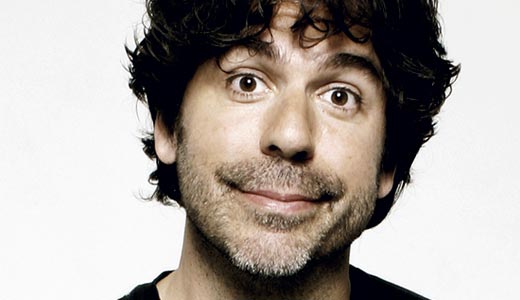 Greg Giraldo has built a reputation for being the meanest guy in the room, but with his cool, nonchalant delivery, it’s hard to be mad at him, even when you’re the target of his hostility. As the ringleader of the Comedy Central roasts, he’s gotten to take some hilariously obscene digs at people like Pamela Anderson, Hugh Hefner and Larry the Cable Guy. Columbia University educated, Giraldo went to Harvard Law School but practiced law for less than a year before pursuing life as a road comic. Giraldo will bring his biting, cynical and often rant-ensuing sense of humor to the Improv this weekend.

LEO: Who are your major influences?
Greg Giraldo: Jesus and the guy from the Tijuana Brass.

LEO: Are there any up-and-coming comedians who excite you?
GG: No … people ask that sometimes to comics, and comics don’t get excited about other comics. I never see up-and-comers and I’m excited … I want to see up-and-comers fall flat on their face and get out of the business. But there are a lot of guys who are great, and either way, with comedy, there’s no hidden gems — if you’re good, you’re going to get seen.

LEO: You’re sort of the ringleader for the Comedy Central roasts. What’s the worst reaction from a celebrity you’ve ever had?
GG: Umm … Joan Rivers stabbed me … which I thought was an over-reaction, but dementia kicks in at a certain point and crazy shit happens.

LEO: Does humor always spawn from pain?
GG: Nah … everyone has a different sense of humor. There are some people who will only laugh when they see a baby being set on fire … those people are probably not the ones you want to cater to.

LEO: How do you’re kids handle you being on the road so much?
GG: It’s hard, ya’ know? I’m in the process of getting divorced, so it’s really hard — but when you’re home, you’re home. It’s just an unusual, different life. They’re used to me being away a lot, that’s just sadly how it is. I’m doing the best I can right now. But for the most part, I’m sure they think their lives are shit and their futures will be a mess and it will all be my fault.

LEO: Have your kids ever seen your stand-up?
GG: I’ve done projects with my kids, filmed little sketches with them for shows that I’ve done, but as far as straight stand-up stuff, no. Especially not now, since a lot of it is about their mother.

LEO: You and Dave Attell did the Insomniac Tour together. Can you tell some backstage shenanigans you all got into?
GG: No, that tour was strange because it was supposed to be “Insomniac crazy-raunchy Tour” — but Dave had stopped partying, and I had stopped partying for a while, so nothing happened … it was boring. There was nothing exciting or fun happening except a bunch of guys trying to be funny. They tried to walk us all around Vegas to make something funny happen, but we kept thinking we’re just a big fuckin’ pile of losers.