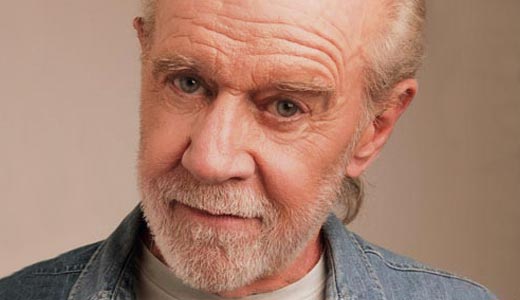 With George Carlin comes certain expectations. We loved his comedy because it contained sociological and linguistic intelligence; it used humor as a vehicle for his realizations about religion (especially the Catholic Church) and politics (in the second half of his career). So in seeing an autobiography by him, we expect a peek behind the curtain of comedy to his serious musings — what we got before his comedy was the medium for the message.

The problem with this is that it assumes Carlin, starting out as a comedian in clubs and on television with a mostly friendly style, only used comedy as a medium to relay his counter-cultural views because that was where he had made his mark. What I learned pretty quickly in this read is that humor was not simply a vehicle for Carlin; it was integral to his thought process. His first book, 1997’s “Brain Droppings,” is a much more intelligent and challenging work in this way.

What this book has instead is something entirely unexpected: emotional honesty. It comes off a bit awkward at first — the abusive father, the drug problems. Hearing this from Carlin is a bit like walking in on your parents: It’s something you kind of knew happened, but you didn’t really want to see. Not to say that it is bad. It gives an account of Carlin’s tough rise to stardom while highlighting some coincidences along the way (meeting Merv Griffin in the military). The book also sheds light on his Upper West Side upbringing in New York City, his introduction to counter-cultural ideas later in life (although he was a lifelong pot smoker), and the fact that those ideas nearly ended his career. The only problem is that he is still, for the most part, using the language of humor. The writing is dry and punchy, and can get a bit repetitive. It can be clever, but you can tell he was trying to get an emotional, factual account of his life down while remaining humorous — a Herculean task.

Yes, there are jokes in here, too. You’ve heard almost all of them, though. It seems Carlin’s publisher thought this book would need an etymological account of his most famous jokes for the book to sell. We have the source of the “seven dirty words you can’t say on television” and the “Hippy-Dippy Weatherman” character. He also gives insight into the structure of his jokes. He talks about the rule of threes, and then discusses his addendum: When you repeat something over and over and over, it also becomes funny. He called this “The Rule of 23,” used to greatest effect in his routine about the word “stuff” — “My stuff, her stuff, take care of your stuff, other people’s stuff … except other people’s stuff isn’t stuff, it’s shit. Where’d they get that shit?”

The book also manages to carry a sense of “the bigness of it all,” as well as delivering one of my favorite opening lines of any book in recent memory: “Sliding headfirst down a vagina and landing in the freshly shaven crotch of a screaming woman did not seem to be part of God’s plan for me.” But somehow, thanks to a religious vision and a series of coincidences, Mama Carlin delivered one of the world’s most intelligent ponytailed men to grace the world of comedy. Look to this book for a historical account of the events of his life, but make sure that’s all you expect from it.