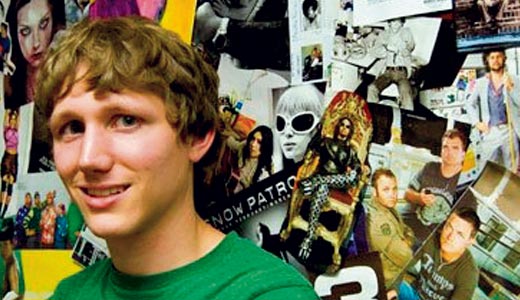 LEO: How are you guys getting the word out that the station exists?

NM: Our first priority is letting students know we exist, and even at a small university like Bellarmine, that can be tough. But we are making progress. This past summer, we completely revamped the station, installed new equipment, rebuilt our entire music library, and did a rebrand. We have also been able to increase listenership by expanding our coverage of university athletics. We are in a much stronger position than we were just a few years ago, as Internet radio is becoming more viable and accessible, especially with the expansion of 3G networks and streaming-enabled cell phones.

LEO: What is the premise of the Louisville music documentary the staff has been working on?

NM: I started working on the documentary as part of a class project, but once the semester was over, I still had so much I wanted to tell. My original goal was to document the Louisville music scene, starting with what was happening in the late ’80s and early ’90s with bands such as Slint, Rodan, Crain, Will Oldham … the list goes on. However, I also wanted to focus on the scene as it is today and the potential attention these musicians could bring to this city. Part of this will be illustrated through scenes from our travels with Brian McMahan and The For Carnation to All Tomorrow’s Parties in Minehead, England. We are reaching a point where something big could happen here.

LEO: Is radio still relevant to up-and-coming bands? In what way?

NM: Even with the rise of social networks and the DIY approach that has taken over the music industry, radio airplay is still extremely important for up-and-coming bands. This is especially true of college radio, as it has been and always will be a testing ground for new music. By getting your music on a college station, you are opening yourself to a target market, and you are getting people to listen who are likely to go to one of your shows.

We dive into the world of blips and techno beats with Matthew Sisk, aka Albinotron (www.myspace.com/albinotron). Listen at Bluegrass Catastrophe, bluecat.leoweekly.com.