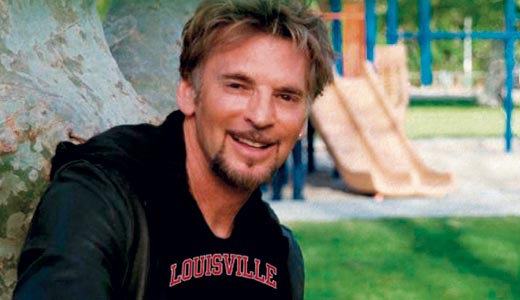 But I wrote ‘Danger Zone’: Kenny Loggins snubbed for this year’s HullabaLOU.

When Churchill Downs reached for the moon in booking big-name acts at the first-ever music festival HullabaLou in July, they must have bypassed the Loggins Galaxy. “I mean, with names like Richard Marx, Michael McDonald and Colbie Caillat, I should be a shoe-in … or at least get a free ticket,” says the ’80s soundtrack star, who told LEO Weekly he feels jilted for not being asked to participate. “Kenny Chesney never put anyone in the fuckin’ danger zone. Come on, meet me halfway.”

A Churchill Downs spokesperson said they offered Loggins a spot on Stage 26, but 1986 called and wanted their leading male vocalist back. When Loggins heard this, he scratched his head and whispered, “I’m alright, nobody worry ’bout me. Why you got to gimme a fight? Can’t you just let it be?”

Longshot Tavern mainstays The Merry Pranksters celebrate their 1 millionth show Saturday with an 11 p.m., cannabis-fueled blowout that promises to break a record for fastest contact high.

“Man, I don’t know,” longtime roadie Chesty Barnes said in an unusually brief phone interview. Asked to comment further, Barnes replied, “No, I mean I really don’t know. Anything. At all. Have you seen my toothbrush?”

The Pranksters haven’t determined what the live set will be. In a statement scribbled on looseleaf paper in charcoal pencil and shoved under LEO Weekly’s front office door, the band stated, “We’re just going to feel it out, see where the vibe takes us. It’s all about vibe. We’ll do some old tunes. We don’t want to commit to anything.”

Comedian and fellow greenfielder Cheech Marin plans to honor the band from the stage during his upcoming show at The Palace. Through his publicist, Marin said, “Those guys smoke.”

Bonnie “Prince” Billy joins us on the LEO Music ’Cast, where he will write all the songs for his 500th studio album in a mere 20 minutes. Listen at Bluegrass Catastrophe, bluecat.leoweekly.com.