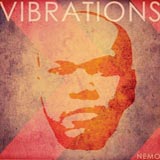 Nathan Ward is a Lexington-based emcee who recently released his second extended player for free. Now on my 20th listen, the production values on this are as high as any national release. I don’t know if this guy secretly has some huge budget behind him or if he’s just that good. But that’s immaterial.

The title cut and the closer “Soul Funkin’ Dangerous” are the clearest winners, while the set’s only misstep is the mid-album “Shooter” (more for bad timing than anything else, coming on the heels of Robin Thicke and Li’l Wayne’s “Shooter”). Nemo comes off as derivative but catchy. This is a guy to keep an eye out for, and for free, you have no excuses.