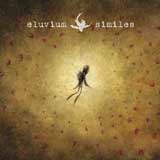 Louisville-bred Portland transplant Matthew Cooper pushes his Eluvium project into new territory on Similes, mostly by incorporating vocals and something approximating traditional song structures throughout. Like most albums of this type, there aren’t necessarily any standouts — Similes works best as a hypnotic, meditative whole, one in which the 11-minute closer “Cease to Know” isn’t nearly as punishing as one might expect, thanks to the album’s naturalistic flow. The vocals play like a more subdued take on the Ian Curtis-isms of Interpol’s Paul Banks, but they’re mostly unobtrusive, blending effectively into the kind of soupy, expansive instrumentals that have long been Eluvium’s stock in trade. Indeed, it’s a testament to Cooper’s soundscapes that the vocals ultimately feel like just another sonic element that periodically pops up as the music ebbs and flows like ocean tides.