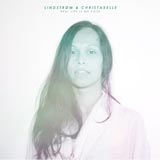 Within two or three songs, I can be pretty sure if a record is going to fall under the vague categories of “good” and “bad.” I’ve listened to Norwegian duo Lindstrøm & Christabelle’s debut album Real Life is No Cool in full a half dozen times, and I’m still none the wiser.

The opening track is so stop/start I thought the record was skipping. “Lovesick,” was so sultry and danceable, I thought I’d found my new favorite record. “Keep it Up” sounded like it belonged on “Sesame Street,” but “Let it Happen” wouldn’t be out of place at a strip club. “Baby Can’t Stop” bears more in common with Gloria Estefan than is expressly necessary, but “High and Low” is a dreamy slow jam you can listen to on repeat for hours. The only constants are cool samples, Scandinavian accents and Christabelle’s really sexy voice. If you figure out what’s going on with this, I want to be the first to know.