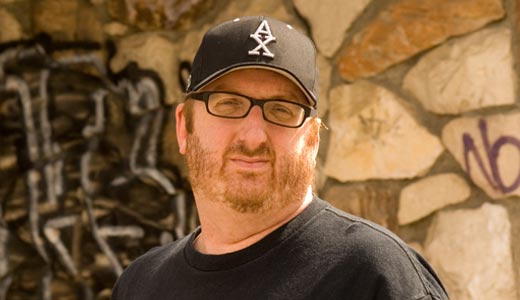 Brian Posehn is one of the most original comedic voices of his generation, but sadly in the mainstream, he’s generally typecast as an introverted nerd. You’ll remember him from his role on “Just Shoot Me,” and more recently “The Sarah Silverman Program.” He also appeared on the Comedians of Comedy stand-up tour, live documentary and subsequent Comedy Central series alongside fellow comics Patton Oswalt and Zach Galifianakis (“The Hangover”). Posehn will be at The Improv this weekend.

LEO: Will there be another Comedians of Comedy tour?

Brian Posehn: I don’t know. We kinda put the nail in the coffin … we did a farewell show in San Diego two years ago where we gave Patton (Oswalt, founder of the tour) a glass of scotch, and he pretended to die — kind of putting the whole tour to an end. And with the main guy dead, you can’t really do a lot. He does actually still live, so who knows? Patton owns Comedians of Comedy, so if he ever asks me to do it again, I’m totally up for it.

LEO: You’ve appeared on some of the greatest comedy shows of our generation. How do you choose projects?

BP: Ya’ know, I’m really lucky. It’s such a cliché thing, but I’m lucky to have a lot of really funny friends who are involved in those projects. Most of the great things I’ve gotten to do I didn’t have to audition for because I was friends with those guys.

LEO: Is that how the character of “Brian” came about on “The Sarah Silverman Program”?

BP: Oh, exactly. Sarah is one of my oldest friends in comedy. This came organically — she was building this cast around herself. She had cast as her sister … her real sister. And then she was looking for friends, and Steve and I are two of her closest friends in real life, so it was just an easy thing for her to have these guys who are already her friends play her friends.

LEO: You all did a controversial promotional campaign where you showed up at a Christian rally and jokingly protested gay marriage.

LEO: Was there a concern that people might not get it?

BP: Yeah, a little bit for me. You know, I was raised Christian and still have beliefs — and I certainly don’t ever want to crap on anyone’s beliefs. But these people, this particular organization, is a little nuts; and I think they’re going the wrong way about their mission. They seem to have delusion. So when they came up as a target, I thought it was a good target.

LEO: Are there any roles you turned down you wish you hadn’t?

BP: No, not that I wish I hadn’t. There are roles I said no to that I’m glad I did. One of the “American Pie” sequels a couple years back wrote this part that was pretty much just a physical joke. I’m a comedian; I like the jokes to be written. It was just kinda making fun of my physicality — me wearing assless chaps — and yes, that would be funny, but there’s a place for that. I’ll wear assless chaps if I think of it, but if someone writes a bit for me to do because they think I’m going to be ugly … that sort of hurts your feelings, ya’ know? Unless there’s something else funny about it, there’s no reason for me to do it just for the visual gag of my horrible ass in assless chaps. I think I saved a lot of people a lot of horror on their eyeballs.