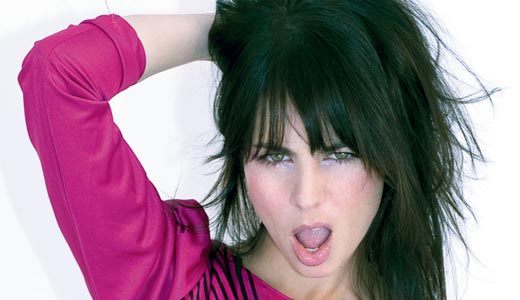 Natasha Leggero has a face you might recognize but a name you probably don’t. She’s a regular contributor on “Chelsea Lately” and has been on shows like “It’s Always Sunny in Philadelphia” and “Reno 911.” She also appeared in the short film “Puzzled,” which premiered at Sundance Film Festival last year. The funny thing is, she doesn’t remember making the movie. “I had no idea what that was,” she tells me over the phone. “And then I realized I shot that like 13 years ago when I was in New York. I must look like a fat baby in it. I’ve never seen it, I have no recollection of doing it, and it’s apparently taken these guys like 12 or 13 years to finish it. I hope it’s not porn.” Leggero will be at the Louisville Improv this weekend.

LEO: What comedians influence you?

Natasha Leggero: I would say I’m more influenced by society than by other comedians. For me, the desire to do comedy comes from a reaction to the world around me, as opposed to wanting to do it because I saw someone great do it.

LEO: Is it true that comedy comes from a dark place?

NL: I would say that stand-ups in general usually didn’t get enough love or attention from at least one of our parents. I think funny people who were thoroughly loved by their parents become improvisers. In stand-up, to put yourself on the line like that, it’s a very dark thing to do. You’re up there all by yourself; you clearly need the attention in a way that’s potentially humiliating. For improvisers, it’s safer, it’s more fun, you’re taught to always say “yes.” With stand-ups, they say “no”; they reject everything and then talk about why … the good ones do, anyway.

LEO: You don’t do a lot of political jokes. Is that a conscious effort?

LEO: Does talking about sex unify a crowd through common experience, or is it funny because it’s shocking?

NL: I find that an audience always laughs when you say pussy. I never really thought of why.

LEO: Have you ever had boyfriends get uncomfortable with a joke you told on stage?

NL: Does throwing a drink in my face count?

LEO: Is there anything personal or otherwise that you would consider off-limits on stage?

NL: I think if you have more than three rape jokes, then that’s probably too much.

LEO: You were cast in the movie “Puzzled” as Dream Woman … would you say that’s accurate?

NL: I guess, if you like tiny brunettes with a bad case of sass-mouth, then I’m definitely your dream woman.