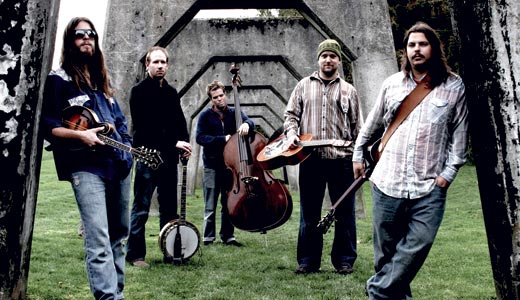 Blue Sky Kentucky’s next show in its Americana Caravan series will feature Grayson Capps & The Stumpknockers and The Bottle Rockets. Tickets for the Feb. 20 show at Phoenix Hill (644 Baxter Ave., 589-4957; $12 advance, $15 door) are on sale at the club, ear X-tacy and Ticket Web. This winter, Blue Sky is expanding its mission, says Greg Handy, creating a new seminar for children at Cabbage Patch Settlement House. Singer-songwriter Danny Flanigan will lead the first seminar.

“The goal is basically bringing art and the business of music directly to the classroom, exposing kids to direct contact with musicians or a group of musicians willing to share their experiences and time in a master-class setting,” says Handy, a former Louisville Alderman and Cabbage Patch alum. “We’re not just a music promoter. We do have an education component in our mission.”

Greensky Bluegrass uncork some of the lightning they captured last year for a Feb. 23 show at Hideaway Saloon (1607 Bardstown Road, 485-0114). To make a double live album, All Access Vol. 1, the group recorded a two-night stand around Thanksgiving at The Riviera Theatre in Three Rivers, Mich., 40 miles from their hometown of Kalamazoo. “We already allow live taping and trading of our shows,” says Paul Hoffman, “So the goal was to make it a better quality.” Hoffman says the band, whose last studio album was 2008’s Five Interstates, hopes to make a habit of multi-tracking its live shows, and subsequent live volumes will follow.

Buddy Bat, aka Jeremy Sharfe, who performs as the mascot at all Louisville Bats home games, throws a release party for his new album, Drink A Song Or Two, at 8 p.m. on Feb. 19 at Wick’s on Dixie (10966 Dixie Hwy., wickspizza.com).