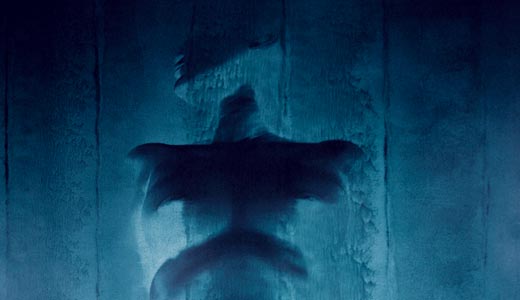 Pat yourself on the back, Louisville — you done good. The Louisville Visual Art Association’s “Water Tower Regional 2010” exhibition features 71 artists from five states, but the majority of the prizes were awarded to Louisvillians.

The “Water Tower Regional” is an oldie but goodie. It started back in 1909 and over time became the region’s oldest juried art show. This year’s juror was Churchill Davenport, director of the Kentucky School of Art (for more on this new school, see the Feb. 3 issue of LEO Weekly).

Serbian-born artist Boris Zakic, now living in Georgetown, is soaring high right now. Not only does he have a prize-winning painting in this exhibition, his work is also on display in a solo show at Galerie Hertz through March 13.

His huge oil-on-linen “Figure and Flat Field” won the Frank F. Weisberg Award for Excellence in Painting. It’s highly deserved; Zakic is a master of trompe l’oeil, where what you see is not what you get.

In his painting, a figure struggles to reveal itself from under a blanket of blue paint. Two hands peek out, rising off the canvas into space. He completes the effect with his signature trompe l’oeil paint splotches. Just remember everything is flat — there’s nothing 3-D here.

Good realism is hard to do, but Amanda Greive of Edinsburg, Ill., knows how. That’s why she won the Mary Louise Schrodt Award for Excellence in Realism. Her small oil-on-wood panel “You Are, I Am Part 2” makes you question if the still life of pear, eggs and a green bowl is actually a photograph.

Recent graduate Brad Meredith of Louisville won the Barney Bright Award for Excellence in Sculpture. Meredith’s kinetic steel “Space-Time” sculpture resembles a traditional astronomical armillary sphere. The interlocking circles contain an hourglass, and everything shifts and grinds when a sensor catches movement nearby.

C.J. Pressma is an award-winning mainstay in Louisville. No exception here; he won the Eugene Leake Award for Excellence in Printmaking and Textiles. His gold, terracotta and black quilt “New York Dogs” features snarling dogs and graffiti-style drawings.

I recently met Hammer, so I was happy to see her charcoal drawing, “The Spiderwick Adventure.” As a family sits on the sofa reading “Arthur Spiderwick’s Field Guide to the Fantastical World Around You,” the wall above them comes alive with figures from the book. I liked the drawing so much I’m considering revisiting my childhood and reading the book.

Another standout is Weir’s “Spear Bearer.” Made largely of plaster and Indiana limestone, it’s a cast of a headless man with one leg. A Corinthian column supports the body where the other leg should be. The left arm that is missing — or not — is growing out of the groin. Both hands hold a spear with three organs painted in primary colors, plus there are two arrows that have punctured the body. It’s a classical nightmare, and I mean that as a compliment.