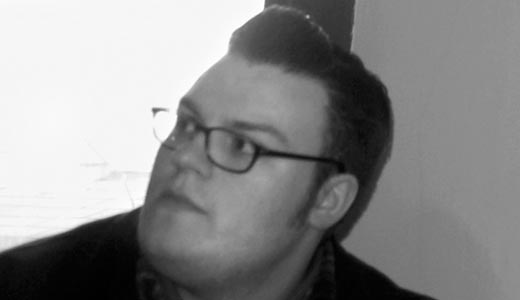 Matt Kinder’s compositions were inspired by the likes of The Carter Family.Photo by mat herron

Growing up in the farming community of Centerville, Ind., an hour north of Indianapolis, Matt Kinder listened to a steady diet of punk and hardcore music, playing bass while learning guitar chords from his cousin. In 2003, Kinder moved to Louisville to attend school, honing guitar and singing skills along the way.

It wasn’t until a recent visit back to the rural Midwest that he caught a PBS documentary about the Carter Family. The footage and the philosophy stuck with him.

“I really like the fact that a lot of those people were Christian people, but they would also talk about murder and robbery, lust and all these things,” says Kinder, 24. “It’s not like they lived in a bubble.”

The next day, Kinder wrote “By And By,” a three-chord gospel jaunt about arriving in the afterlife. That song appears on Seeds to be Planted, Trees to be Cut, Kinder’s album under his performing alter-ego, The Parade Schedule, due out this week via Kansas City, Mo., label The Record Machine. “I guess you could call it a spiritual song, ‘I’m dyin’ but heaven is coming up.’”

Seeds began in 2007, and it lengthens a thread started by modern acoustical singer-songwriters Damien Jurado and Pedro The Lion, who place as much emphasis on character as execution. To complete it, producer Daniel Dixon had Kinder play acoustic guitar and sing the 14-song album all the way through three times on the third floor of the 930 Building. Dixon then recruited backup singers (“Backyard”), added spooky, textured feedback (“Well Water”), bluesy percussion (“Making A Way”) and stray sounds, such as the rustling of feet, an airplane and conversation.

Seeds thrives on simple, semi-autobiographical narratives, “dark themes that have a redeeming quality,” he says. “Ninety percent of the time, when I write a song, it’s not about me, it’s a character. I’ll take something that’s going on in my life and add to it to create this character.”

Seeds will be available at Friday night’s show at the 930 for $10. Peter Bradley Adams of eastmountainsouth opens with a solo set.