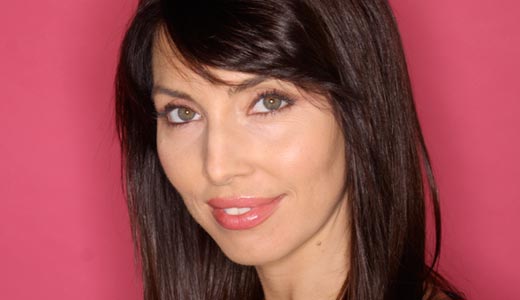 You might not know who Whitney Cummings is today, but it won’t be long before she’s a household name. She has appeared on E!’s “Chelsea Lately” countless times, wrote for many Comedy Central roasts, and appeared in the films “He’s Just Not That Into You” and “Maid in Manhattan.” Recently, she released an album called Emotional Ninja and had a Showtime stand-up special called “Live! Nude! Comedy!” She’ll be at The Improv this weekend.

LEO: Who are your comedy influences?

Whitney Cummings: The first understanding I had that, “Oh, that’s something that’s written,” was Bill Cosby. Richard Pryor because he’s so honest. I think the reason he goes down in history as being one of the most influential and adored comedians is because he’s like the Marlon Brando of comedy — it’s just honesty. George Carlin, because he has taught me to have a respect for words and to use words in the most powerful way possible. He was like a poet, a master of words.

LEO: You were the only woman on Comedy Central’s “Hot in ‘09 List” — does that reinforce stereotypes about female comics or help break them?

LEO: Is it important as a woman to support female comics, even if you don’t think they’re funny?

WC: No. It is a sin to encourage gender over talent. I never want someone to look at me as a female comedian … I want them to look at me as a comedian. If someone thinks I’m funny, I don’t want to be “funny … for a girl.” But yeah, women should be held to the same standards as men, in all cases.

LEO: You seem really protective of your audience. Where does that instinct come from?

WC: That’s interesting. I am very protective of my audience. I talk about a lot of things that are close to home, and really relatable — and that can make people feel very vulnerable. I also make fun of men and women, but I’m careful, because no one wants to pay 20 bucks and be told they’re an asshole. I don’t want to be at war with the audience. A lot of comics thrive on that. It’s also a pretty dangerous environment for me to be on stage alone, because if the audience turns on you, you’re fucked.

LEO: You’ve done some big shows and big movies; will there be a point where you won’t be a road comic anymore?

WC: No way. I don’t want to stop that. Performing live is so invigorating, it’s so empowering, and it’s so rewarding to meet the people who make you matter. The fans are the only reason people give a shit. I don’t think I’ll be able to give all that up at any point.