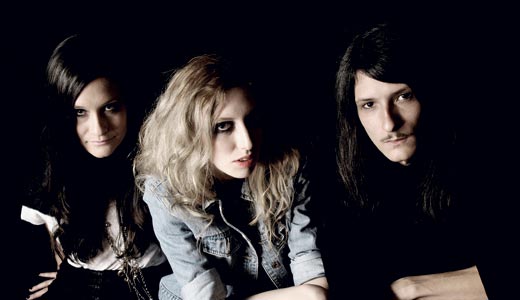 Metroschifter returns from a winter European tour for a show Saturday, Jan. 9, at Zanzabar (2100 S. Preston St., 635-ZBAR). Hard to believe they’ve been around 15 years. Their new album, Carbonistas, is out now on Noise Pollution. Joining the bill is Second Story Man, which ventured out and about around the Midwest this winter pushing their newest CD/LP, Screaming Secrets. Frontier(s) has completed its debut album, due out later this year on Arena Rock Recording Co. Doors open at the 21-and-over show at 9 p.m. Music starts 10 p.m. Door is $5.

Uncle Pleasant’s (2126 S. Preston St., 634-4147) has been hosting goth/industrial nights every Friday for quite a while now, but Friday, Jan. 15, finds the series taking on Nashville collective Nite Nite. The band, whose forthcoming album is How to Touch the Moon, recalls Cure and Bauhaus. The 21-and-over show starts at 9 p.m.

Jim Porter’s kicks off its new After-Work Concert Series Friday, Jan. 8, with The Sean Carney Band. Members of Kentuckiana Blues Society can present their membership card at the door before 9:30 p.m. and receive free admission. D. Man & The Alley Hounds open the show at 7 p.m. Carney goes on at 8.

Get down, get down

Multimedia producer Drake Hatfield has posted live shows he has recorded at The 930 Listening Room on his website, hatfieldmedia.com. He joins us in LEO’s brand new offices to talk about capturing the oft-unpredictable nature of live music. Listen at Bluegrass Catastrophe, bluecat.leoweekly.com.