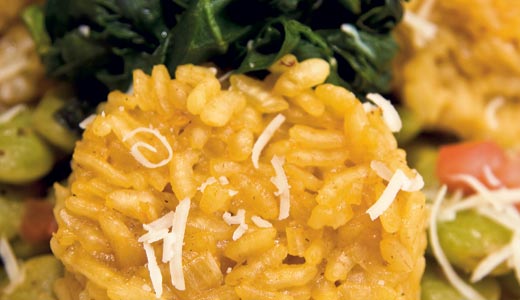 With visions of sugar plums dancing in our heads, and neither a kerchief nor a stocking cap in sight, a long winter’s nap has been the furthest thing from Mamma’s, er, Mary’s and my heads as the holiday season draws near.

We’re obligate foodies, we’re ready for eats, and we see no conflict between celebrating Christmas the old-fashioned way, with joyous services on Christmas morning, followed by a late lunch, making the trek over the creek and through the woods to Vietnam Kitchen. It’s a perennial favorite among the many Asian eateries that remain open on Christmas Day.

(For the record, with Christmas falling on a Friday this year, some local favorites will remain open on Christmas Eve, and most will reopen, hoping for a booming business, on Saturday. It’s best to call ahead to make sure, though, if you’re thinking about a holiday weekend dinner.)

Caffe Classico has been one of my favorite coffee shops since the day it opened. I like the quality of coffee, the friendly people, and the cool, artful and cosmopolitan feel that brings to mind Madrid or Buenos Aires. I mean, who else has a neon window sign that reads “OPEN” in glowing red English, Spanish and Arabic?

Over the past few years, it has grown from “just” a coffee shop into something more, adding panini to the pastries, then a full lunch menu. Later it added thin-crust, gourmet-style pizzas that I rank among the city’s best. The lunch menu has added salads, sandwiches and entrees. The dinner menu took on a bistro look, and now it has grown even more, spanning the Mediterranean and the coasts of South America and California.

And now the news: Last week, owner Tommie Mudd proudly presided over the opening of a dramatically enlarged space. Expanding into vacant quarters next door, this Clifton jewel is now nearly triple its original size. The new room — complete with a small, U-shaped bar and a stage for musical events (it often hosts flamenco dancing) — brings capacity to 100, allowing the restaurant to add a liquor license, so Mudd will soon offer aperitifs and after-dinner drinks in addition to his decent beer and wine lists.

I’m a big fan of their pizzas ($11.50-$12.50), not to mention the Belgian-style pommes frites ($6); El Bocadillo, the Spanish take on a Cuban sandwich, and the Tortoni Buenos Aires salad ($8.50), a yummy, healthy chef-style salad with layers of tomatoes, hard-boiled egg, shredded mozzarella, sliced cucumber, avocado and carrots. I also love the wacky Argentine-style Huevos Fritos al Caballo ($7.50), a hearty brunch or dinner dish that features those fab frites tossed in a tangy tomato vinaigrette and topped with a pair of sizzling fried eggs.

Recently we tried half-size lunch portions of two new menu items. Mary’s pick, sausages Alemania (“German sausages,” $15 for a full order, $8.25 for a split or half order) featured a small smoked Kielbasa-style sausage, cut lengthwise into connected halves and grilled, then served in a German style with a ration of “rustic” (textured, skin left on) mashed red potatoes, braised red cabbage and a sweet-tart, dark and intensely flavored onion confit.

My choice, saffron Asiago risotto cakes (also $15 for a full order, $8.25 for a split or half) was a real Italian-style (with a touch of Argentine-style) treat: a pair of golf ball-size spheres of well-crafted risotto, pan seared crusty and golden, perched on a bed of lima bean succotash, topped with barely wilted fresh spinach and shredded Asiago cheese.

I predict these dishes will soon be favorites, and gazing deeper into the crystal ball, it’s hard to see Caffe Classico — which has been drawing full-house crowds right through the recession — going any direction but up.

Featuring desserts, desserts, desserts, with a bovine theme and a commitment to quality that’s apparent in the tasting, this new spot cements a growing trend in suburban Westport Village: Despite the village’s “chain” look, local, independent eateries are beginning to dominate franchise operations in this popular Westport Road shopping center.

Consider a short roll call: Napa River Grill, Wild Eggs and Jade Palace are just a few of the local indies at Westport. There’s also the excellent Westport Liquor and Wine. A sign on the former Macca’s indicates that Tony Boombozz is coming in soon. And now the Comfy Cow joins the pack. It’s easy to find: Look for the shiny statue of a reclining bovine out front, lovingly lapping at a pink ice cream cone.

They’ve done a remarkable job of turning sterile shopping center space into a lovably jumbled environment that looks a lot like an old-fashioned soda fountain. (In fact, the actual fountain is said to be a restored original.) There’s a glass-front counter to show off cakes, cookies and other goodies; round ice-cream parlor tables or, if you prefer, comfy armchairs, and to, ahem, put the icing on the cake, 26 daily-changing flavors of deliciously creamy and lush-textured ice cream, homemade on the premises in 4-gallon batches.

Owners Tim and Roy Koons-McGee seem committed to hospitality, and our server on a recent visit was outgoing and friendly as he dished out our treats.

We examined all the goods at considerable length before concluding that ice cream was the ticket, even on a December day when the Fahrenheit struggled to rise above freezing.

Ice cream comes scooped in generous portions in glass sundae dishes or environmentally friendly cardboard: This place is consciously “green,” according to its website, using recyclable, reusable or biodegradable equipment.

My wife inhaled a giant dish of lemon cream with raspberry ice cream, a made-for-grownups dairy treat that’s not too sweet but creamy, with a distinct tart-lemon flavor and tiny bits of pureed raspberry popping against the pale-gold ice cream.

My choice, which had earned about three pages of raves in a LouisvilleHotBytes forum discussion, was “Salty Caramel,” which doubles on the menu as the Latin-accented Dulche de Leche de Salte. This dish is almost indescribable, and it’s addictive. Imagine a fresh dark-sugar caramel flavor with just enough of a hint of sea salt to impart a seductively offbeat flavor that doesn’t say “salt” to your taste buds but something in an untranslatable language.

They make 26 flavors, drawn from a large and growing collection of recipes, some of them invented on the fly. My wife’s full-size glass and my half-order came to $5.09, plus a few bucks for the tip jar.