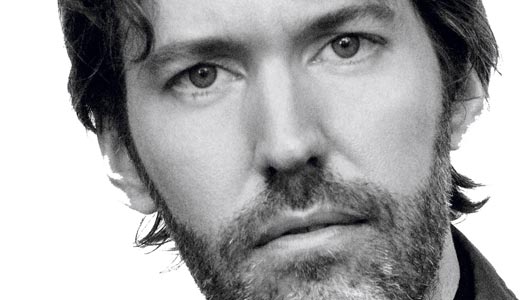 LEO: Your style sounds easy and relaxed. Who did you follow growing up?

Dave Rawlings: I was just speaking to another interviewer about that. I was never that good as a guitar player learning other people’s material, but in a lot of ways, my guitar playing developed out of people who I listened to. I’ve always said that I wanted to play guitar like Bob Dylan played harmonica. I stole some stuff from Norman Blake. I’ve never felt like I had that much command of the guitar, just arranging on it.

LEO: The word “producer” is broadly defined. What does it mean to you?

DR: The first thing I produced was a couple tracks on (Gillian Welch’s Hell Among The Yearlings) at a time where T-Bone (Burnett) was no longer involved. I sent (the songs) to the mastering engineer, and they got dropped into the record. I’ve grown sort of comfortable being in that particular chair. (On this record), I’m looking at my own voice and trying to decide whether it was any good or not, and give myself the same benefit of the doubt. If T-Bone would’ve been around, I would’ve happily had him produce it. (laughs)

LEO: What is your musical history?

DR: I came to playing music when I was 16 or so. My friend said, “You should get a guitar for Christmas, and we’ll play this Neil Young song, ‘Heart of Gold,’ at a talent show.” As soon as I had the guitar, I realized it was something I was crazy about. It was sort of a chance thing: I was the one who was going to play guitar. There was a very good teacher in my town who had sort of stopped teaching. I had to beg him to give me lessons. (laughs)

LEO: How did you make the transition from playing for fun to playing as career?

DR: It’s kind of silly when you look back: I never thought I could make music … at some point I had this terrible part-time job. I was playing in bands, not making any money. Then I saw an ad for a working country band. The first time I went and played with them at a bar in Groton, Conn. It was in that moment after the show when someone hands you money for having played for four hours, and it’s more than you could make at a part-time job, where I went, “Really, I could do this?”

LEO: Who are you listening to now?

DR: Last thing I bought is the new Simon Joyner record. My friend Jason Boesel, who plays drums in Rilo Kiley, just made his first record as a frontman. During the making of the record, I listened to a ton of live Grateful Dead shows on XM radio. There’s a 1971 Detroit show that was notable for me, because it had a long, jammy “Dark Star” that I thought was amazing.