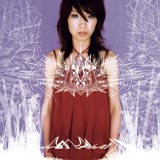 This constantly experimenting Japanese heavy rock outfit has logged more than 20 releases since 1996, gaining attention after 2001 with a series of reissues by Southern Lord. Presently, their kick-ass image — Asian take on goth-meets-metal, triumphant posings with huge, double-necked guitars — is heavier than the music. That’s not a complaint: Their sound is alien yet familiar and covers diverse territory, from danceable metal hooks to chill meandering to intense, angsty shredding. This release consists of a series of three, two-song 7-inch 45s. The six sides spun are nothing if not interesting; the first track will startle you out of your seat at about 1:35, and you’ll not often hear a song like “Heavy Metal Addict,” complete with industrial processing, wailing guitar solos and a good dose of hand-clapping. Not to be missed, especially if you’re into collecting eccentric music on wax.