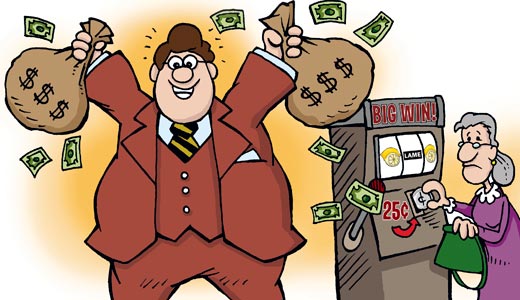 Both sides of the debate over expanded gaming in Kentucky watched closely as votes trickled in during the recent special election for the 14th district state Senate seat. When the polls finally closed, it was the anti-gaming contingent that had reason to celebrate, much to the chagrin of Democratic Gov. Steve Beshear.

Since taking office, Beshear has tried mightily to get video lottery terminals at racetracks as a way to buoy the state’s struggling horse racing industry and tap into a much-needed revenue stream. Hoping to make that a reality, the administration had banked on Jodie Haydon — whose campaign was heavily financed by horse racing interest groups — winning the 14th district seat during a special election earlier this month, further dwindling the Republican majority in the state Senate and, thus, increasing the chances of passing expanding gaming legislation.

Although such legislation passed the House in a special session called by the governor over the summer, it failed to get any traction in the Republican-controlled Senate. In response, Beshear embarked on a brazen strategy: plucking GOP lawmakers from the Senate by offering them plush appointments with the hope that Democrats would win those seats in special elections. With a shift in power, the ultimate goal was to overthrow Senate President David Williams, R-Burkesville, the chief opponent of slot machines.

The tactic worked in a special election in August, with Democrat Robin Webb nabbing a historically Republican Senate district seat in northeastern Kentucky. But then came the Dec. 8 special election in which Republican state Rep. Jimmy Higdon easily defeated the pro-slots Haydon, an outcome some political observers believe was a referendum on gaming.

Facing a dire financial crisis, horse racing officials warn that the commonwealth’s signature industry could be on the brink of collapse, in large part because Kentucky can’t compete with neighboring states that allow expanded gambling at tracks. In fact, for the first time in modern history, Kentucky’s thoroughbred industry is no longer the state’s leader in agricultural revenue, declining a whopping 31 percent from 2008.

Standing in the way is a Republican-

controlled Senate backed by a collective of Christian-based organizations that are lobbying against gaming from a moral perch, casting gambling as a social ill that will harm Kentuckians.

For gaming opponents, there’s an overriding belief that introducing slot machines to racetracks will exploit the state’s most vulnerable citizens. According to Kent Ostrander, executive director of the Family Foundation of Kentucky, the social costs of gaming trump the promised revenue.

“Slot machines are the crack cocaine of gambling because it’s so addictive,” Ostrander says. “We’re talking about folks who know how to extract money from people.”

The conservative Christian lobbying group alarmingly predicts that gambling has the potential to ruin communities by bringing higher crime and an increased rate of bankruptcies. Members further argue that the governor’s attempt to topple the leadership in the state Senate is proof that expanded gambling could result in a corrupt state government controlled by gaming interests.

“Our government is misguided, and (Beshear) is now the gambling governor rather than the governor of the people,” Ostrander says.

On the flipside, gaming proponents argue that the majority of adults — 80 percent according to a survey by the American Gaming Association — view gambling as acceptable.

“Our industry is tightly regulated. There is no illegal activity,” says Holly Thomsen, communications director for the American Gaming Association, adding that people go to a casino for entertainment, just as they might go to a movie or amusement park. “These are run by legitimate and well-known businesses. If you look at the experience of casino communities, it’s pretty clear most of these arguments being made just aren’t based in reality.”

Despite past setbacks, the governor is banking on slots legislation passing eventually, although there is no bill planned for the upcoming General Assembly session, which kicks off Jan. 5. Given expanded gambling legislation stalled out last year, it seems House Democrats are reluctant to move forward until there is an indication that the Senate might budge.

“I do not expect the House to take this issue up again until there is a firm commitment that a (video lottery terminal) bill would be considered by the full Senate,” said House Speaker Greg Stumbo in a statement provided to LEO Weekly. “The legislature needs to take action to protect the tens of thousands of jobs provided by the horse industry, and to recapture the hundreds of millions of Kentucky dollars now being spent in other states that offer expanded gaming.”

Sen. Damon Thayer, R-Georgetown, has pre-filed a bill that would put the gaming measure on the ballot in 2010 in the form of a constitutional amendment. Specifically, voters in counties where there are existing racetracks would decide whether there should be video slots at those facilities. Horse racing officials and the governor oppose the bill, saying the situation is so urgent that state lawmakers should pass expanded gaming immediately. Racing industry officials estimate the ballot initiative would not bring slot machines to the tracks until at least 2013.

Interestingly, Williams’s office confirmed Tuesday he would propose a bill this session that would require a constitutional amendment before gambling could be expanded — yet another legislative hurdle.

“Our horses and our jobs are leaving the state every month. We need immediate relief,” says Patrick Neely, executive director of the Kentucky Equine Education Project. “Those racetracks will be closed, and a big chunk of our breeding industry will be gone by then. It’s very simple … we have two choices: We can either adapt or we will go away. We’re trying to adapt, but the state government is preventing us from doing that.”

The state’s annual farm receipts showed that the slouching thoroughbred industry saw a 31 percent drop in horse sales and stud fee revenue from 2008. For the first time in a decade, horses are not the leading agricultural product, playing second this year to poultry. An increasing number of breeders are going to other states due to fewer races and lower purses at racetracks here. As a result, officials are trying desperately to reinvigorate the gaming agenda before the legislative session begins.

Though gaming supporters will not combat the morality arguments directly, it is apparent that they’re increasingly frustrated with the political roadblocks and the perceived social ills of gambling, especially when the state already allows betting via horse racing, bingos and a state lottery. And there are serious concerns that Kentucky could lose its stature as the horse capital of the world.

“I don’t question the sincerity of anyone’s concerns about the issues, pro and con, surrounding gaming,” says Jay Blanton, a spokesman for Keeneland, the historic Lexington racetrack. “But if you agree the horse industry is important to the state and is part of the cultural fabric, and that it is important to preserve, the next logical step in our judgment is, you have got to allow that industry to compete in order to survive.”