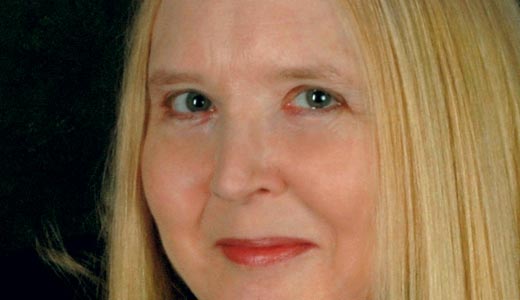 Elvis Presley. Many call him the singular cultural figure of the 20th century, even though his career didn’t go far past two decades. And its trajectory? Totally crazy: from shockingly original rock pioneer to hamstrung movie star, then through a razor-sharp musical comeback, and finally on out into a peculiar limbo that defined and yet transcended Vegas show glitz.

There’s been a veritable library written about The King since his 1977 death, so it’d take quite the effort to make for a significant addition now. But that’s exactly what we have with “Baby, Let’s Play House,” in which Louisville’s Alanna Nash views Presley’s career through a unique prism: the many, many women in his life.

Nash is a journalist of great renown, and she’s already produced one award-winning Presley-related book. But when her research into a magazine article had her back into the rich lode of Presley lore, she began to strike a fresh, balanced view of things. This book is partially an exhaustive presentation of fascinating incidents both well known and previously under wraps (or at least underreported). But it’s also an objective and well-vetted look at how Presley’s psychological demons roiled throughout his personal life.

I’ve read a good many biographies where a psychological thesis is proposed and then the subject’s life is chopped and slanted to validate the author’s intent. But Nash has done her homework like no one before, and she’s produced a book that’s almost doorstop-length yet is never a drag. The tales are entertaining (though often sad and poignant), and the psychological insights come off the page with surprising ease. How’d she manage this alchemy?

As Nash recently told LEO by phone, “I can’t imagine anyone who was more ill-prepared for fame than Elvis Presley. This is a person of extraordinarily innate talent, who drew only on his inner reserves. He wasn’t a person who studied music; he wasn’t a person who had formal training for any part of his art. It was all intuitive — it all came from within. And how do you put up with that degree of stardom particularly when your moral compass—who was his mother—has gone on? He doesn’t feel whole anyway, because he lost his brother at birth, and when the person who completed the circle has left him through death, he’s just adrift.” The behavior with which he responded now seems a blueprint for many of the famous in the decades since. Yet this man’s circumstances would seem to have been a rare, benighted alignment of the stars.

Once you wade into these pages, it’s clear that the copious interviews and help from certified expertise were vital to help Nash understand Elvis “particularly as concerned his Prolonged Grief Disorder and his relationship with his mother and his dead twin (the Twinless Twin Syndrome). And why Elvis could never feel whole, and why he needed to have at least two women in his life at a time: One as a stand-in for his twin, and one as a stand-in for his mother.”

Nash has had long-time contacts among those who knew Presley well, so she already had a knowledgeable foundation before she was phoning Elvis’ former sweethearts and co-stars. But those new recollections, as well as significant contributions from Dr. Peter Witmer, author of “The Inner Elvis,” brought out new facets of the man and the phenomenon. Through all she uncovers, Nash says that she is still surprised that “with so much going on, he was still able to sustain the level of artistry throughout his career that he did, with absolutely no input from anybody else. In fact, he had deterrents to his artistry, like Colonel Parker. No matter what chaos was going on in his life—whether it was trouble at home, or trouble with these other women, or having to go into the Foreign Services…even with those terrible movies, he always managed to build in some high point in every single one of them.”

“You can go on YouTube and look at the song that spawned the title of this book, ‘Baby, Let’s Play House’ — any of the original versions, particularly those that have his performance from ‘The Milton Berle Show’ — and you just can’t take your eyes off him. And he’s making it all up as he goes along. These are performances that hold up even today. And here he was, barely 21. He’s a kid! And yet he set this bar so high. We’ve had an awful lot of talented people since Elvis Presley, including his one-time son-in-law Michael Jackson, so I can’t say that no one has reached (Presley’s) level of artistry … but his performances hold up extraordinarily well.”

Whether you’re a fan of Presley, or a student of pop culture, or enjoy watching how celebrities lead lives that resemble slow train wrecks, this book is a gift. From Ann-Margaret to Cybill Shepherd, through arm-candy beauty queens and faithful and spiritually guided friends, here’s a resoundingly well-prepared addition to the non-fiction of pop-culture. Nash is a dutiful and deliberate companion who shows how “all these women want to help him in one way or another — but he is so unhappy that he can’t seem to reach out from himself to make a lasting circle with another human being. The only time he’s truly happy is onstage — with adoration.”