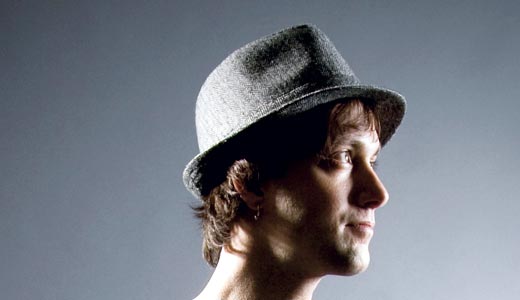 This three-record box set of 45s should document another facet of Louisville’s independent punk-rock lore. The numbers refer to the duplex at 1069 Bardstown Road, where some of the city’s earliest country punks “ate, drank, loved and feuded,” sayeth the liner notes. The duplex, whose close proximity to the former Tewligan’s makes it a lock for some sort of punk-rock hall of fame, was demolished in favor of Taco Bell. You know the one.

The 1069 lineup smokes: Steve “Chili” Rigot, who formed The Endtables in the late 1970s; Sandy Campbell, bassist for the I-Holes and brother of Black Diamond Heavies drummer Van Campbell; Michael O’Bannon, guitarist of the late Blinders; and a guest appearance by Catherine Irwin (Freakwater). The vinyl box set is limited to 100 copies. Find it at ear X-tacy.

Aaron Jentzen hasn’t made enough money to quit his day job as music editor of Pittsburgh City Paper, but the muse struck him blindly on his new solo EP, The Great Inventors, released Nov. 10. A singer since he was in choral groups growing up in Ypsilanti, Mich., Jentzen lassoed drummer David Palmer (Talk Talk) and producer Todd Eckert, best known for the 2007 Ian Curtis/Joy Division biopic “Control.” Jentzen and Eckert locked horns playfully over drinks at a DJ night not too long ago, and the collaboration grew from there.

“The musical theme, I guess, was nakedness and exploration,” Jentzen says. Inventors recalls avant pop practitioners The National, The Church and Nick Cave. Eckert was there to strip away unnecessary arrangements. (Hey, even editors need editors.) Inventors maintains a sense of place on “Magnetic West,” which partially chronicles Jentzen’s life as a teen in California, whereas the title track mines his Michigan roots. The Great Inventors is available via bandcamp.com, aaronjentzen.com and other digital retailers now. A full-length is slated for April.

Mittens on Strings’ Alex Preston talks to us by phone from Chicago about the group’s new album, Let’s Go to Baba’s. Listen online at Bluegrass Catastrophe, bluecat.leoweekly.com.