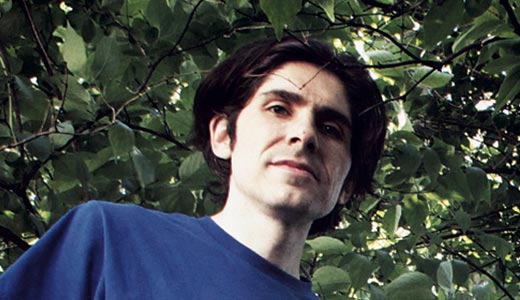 Synovial sarcoma attacks tissue cavities around a person’s joints and tendons. It’s rare — between 5 and 10 percent of 10,000 new soft-tissue sarcomas, or groups of tumors, reported each year are synovial — and slow growing, as symptoms can go undetected for years, according to cancer.gov. How these tumors originate is unknown but believed to be genetic.

What is known is how this cancer has irrevocably changed Jason Noble’s life.

Currently of Shipping News, late of Rodan and Rachel’s, and soundman for many an ear X-tacy in-store, Noble saw his tireless involvement in the city’s music scene grind to a halt in September. At Baptist East Hospital he underwent major surgery to remove synovial tumors, and he has traveled to the University of Texas M.D. Anderson Cancer Center in Houston for continued treatment and analysis. Since 1944, M.D. Anderson has treated about 800,000 cancer patients; this year, U.S. News & World Report named it the top hospital in the nation for cancer care.

Death has chewed a hole in the heart of Louisville music in 2009. Former Jimmy Buffett sideman Tim Krekel, whose musical history in town dates back to 35-cent shows at Fontaine Ferry Park, died June 24 following a bout with cancer. In celebration of his life and his music, Krekel’s fans, or “Krekkies,” danced and sang down Frankfort Avenue.

Steve Ferguson, who co-founded the original version of the New Rhythm & Blues Quartet in 1967, succumbed to a protracted battle with the disease on Oct. 7 at age 60. Ferguson, who left NRBQ in 1970, recorded two albums for Columbia and penned the classic “Jack Salmon and Derby Sauce” with his band, Midwest Creole Ensemble. The ensemble is reuniting for a free concert Nov. 22 at The Rudyard Kipling in honor of Ferguson. The Rudyard Kipling has been the site of numerous benefit shows, and it will be again Nov. 27: Jim Dzurovcak, who is fighting thyroid cancer, is reuniting with former punk and hardcore group 32 Frames and hosting a benefit show there for cancer research.

The music community rallies this weekend for Noble and his wife, Kristin, who need assistance to pay for Noble’s continued treatment while he undergoes physical therapy. He says he is able to walk around, but the chemo weakens his immune system, so he cannot attend shows.

“Even large groups of family members can be tricky,” he says. “As drastic as the last couple of months have been, it’s also been amazing. You look at the things that are most important to you.”

Noble says he’s been exploring a Japanese therapy called jin shin jyutsu, which seeks to release tension and harmonize the body through the use of strategic pressure points or safety energy locks.

“I’m a very firm believer in looking at non-Western techniques,” he says. “This blue pill and this red pill and this injection — I don’t have any more knowledge of that working than a 1,000-year-old Japanese technique. Why discount one, because (the other) is more frequent in the country that you live in?”

Noble’s roots in independent music are deep, and on Nov. 21, a cast of old friends performs a benefit show at The 930 Listening Room. Chicago trio Shellac features Steve Albini and Bob Weston, both of whom have recorded Shipping News and Rachel’s projects. Shellac and Rachel’s appeared on a compilation to help raise money for hallowed Chicago nightclub Lounge Ax in 1996. Noble’s colleagues, Todd Cook and Kyle Crabtree, played bass and drums (respectively) with Shannon Wright. Tickets are $20 at the door.

Noble is not hard-pressed to find activities to occupy his time. He’s a new convert to NBC comedy “30 Rock” and “The Shield,” and caught up on detective novels, comics and yes, music. “I’ve been listening to an odd collection of music lately: Bastro, Isaac Hayes, Bellini and Led Zeppelin. I’ve had this overwhelming urge to listen to ‘Physical Graffiti’ all the time.”