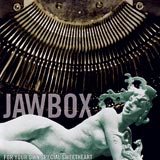 I’ve always wondered why Jawbox didn’t receive the same reverential treatment as Fugazi. True, Ian MacKaye and Jeff Nelson helped forge D.C.’s post-punk identity by starting Dischord, and there was the 2005 Jawbox tribute “Until the Shaking Stops” (which featured Black Cross’ version of “Tools & Chrome”). J. Robbins, Kim Coletta, W.C. Barbot and Zach Barocas’ jagged beauty was well constructed: experimental without drifting into esotericism, composed without feeling stifled, alternately gentle and bruising. Fifteen years later, For Your Own Special Sweetheart, the band’s 1994 Atlantic debut reissued on deSoto and Dischord, holds up because its trademarks — Robbins’s and Barbot’s razorlike guitars, Coletta’s sludge factory bass, Barocas at the trap — were so smartly designed to begin with, shooting a hole in the theory that finds indie bands slowing their roll at the majors. This rubric of an album wasn’t enough to sustain the band through its transition. It eventually broke up. A Dec. 8 reunion show on Jimmy Fallon will illustrate: They still don’t make post-punk like they used to.