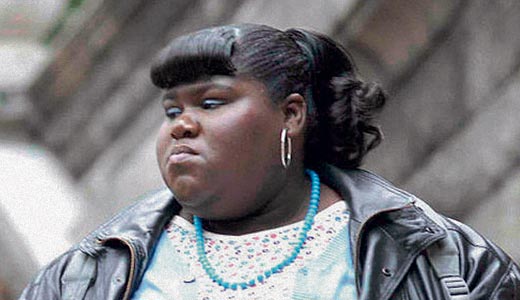 Precious: Based on the Novel Push by Sapphire

It’s easy to brush society’s ills under the rug, especially this time of year. Everything is supposed to be happy and jolly, carefree and stress-free, by golly. Happiness is pumped through our system like laughing gas. Fake a smile, and the world smiles with you. Shed a tear, and the world turns its back. Thankfully, films like “Precious” come along to remind us that all is not right with the world, no matter how high on holly we get.

“Precious,” based on the 1996 novel “Push” by Sapphire, is anything but feel-good. It will take you on a journey to new lows. You won’t walk away from this film without carrying a piece with you. It will remain heavy on your thoughts for weeks.

The story is told through the eyes of Claireece “Precious” Jones (Sidibe), a 16-year-old girl surviving a harsh childhood in Harlem. Precious is grossly overweight, undereducated and pregnant for the second time by her father, a fact that feeds the hatred and jealousy in her abusive mother (Mo’Nique). In Precious’s world, love is hell. Love is rape. Love is beatings. Love is name-calling and molestation. Love is worthless. In her make-believe world that she escapes to, love is admiration and popularity and seeing the reflection of a skinny white girl staring back at her in the mirror.

Soon after the birth of Abdul, she realizes what it is she was put on this earth to do — to become the best mother she can be, to become everything her mother wasn’t. After an intense, gut-wrenching altercation with her mother, who tosses the newborn off the couch, Precious beats her down, grabs her baby and leaves it all behind.

The performances in “Precious” were among the best I’ve seen this year. Who knew comedian Mo’Nique had it in her to portray such an evil character? Newcomer Sidibe tapped into Precious seamlessly. And Carey and Patton thrived in their roles as the willing, everyday people who reach out their hands without ever really knowing what they might grab.

Don’t see “Precious” to make yourself feel better. See it to neutralize those rose-colored glasses that come with the season.