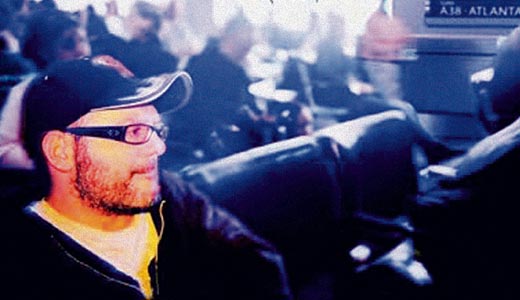 I Drink for a Reason

When comedians write books, the results can be decidedly unfunny. While it may seem professional comedians are well suited to the task of authoring a book, that’s not always the case. When a comedian writes jokes for a stand-up routine, they’re meant to be performed live in front of an audience, with all the attendant pros and cons. What works in front of a liquored-up nightclub crowd might not fly when translated to the printed page.

David Cross is one of the best stand-up comedians working today. He can be pretty scathing. There seems to be a healthy level of brainpower in Cross’s bald noggin, and with “I Drink for a Reason,” he manages to sidestep the whole “books written by comedians” conundrum by writing a series of essays that are not mere transcriptions of his stand-up material. (There are also reprints of previously published material from other outlets.)

The pieces run the gamut from funny to autobiographical to even somewhat profound in a few spots, but don’t worry, it’s mostly funny, like the piece about a scrap-booking convention in Michigan, and an article he contributed to pitchforkmedia.com, which deftly skewers Pitchfork’s verbose and often incomprehensible reviews.

In the “Try This at Home” department, Cross teaches readers how to play a parlor game called “Mafia.” He expounds upon a fictional appearance on “The O’Reilly Factor.” And sprinkled throughout the book are several whimsical listicles, such as “A Free List of Quirks for Aspiring Independent Filmmakers” and “Ideas for T-Shirts to Be Sold at Urban Outfitters” (“Don’t Blame Me! I Voted for Christ!”).

Detailed delineations of two mini-feuds Cross has endured with a pair of C-list celebrities — Larry the Cable Guy and Jim Belushi — are caustic and well written. Cross lays out why Larry the Cable Guy is a pandering, contrived fake who cashes in on his audience’s ignorance, and — big surprise — it turns out Jim Belushi is an unpleasant, ill-mannered lout. Actually, Cross’s beef with Belushi borders on semi-obsessive, but that’s what makes it so amusing — if half of what Cross alleges about Belushi is true, then John’s little brother is a truly vile sack of shit.

If “I Drink for a Reason” has a fault, it’s that the book is mainly preaching to the converted. Fans of Cross and his comedy will find much to enjoy in its pages; those who find Cross to be needlessly smug won’t be swayed. Some of the more fanciful pieces can meander a bit, but whatever. If you want great literature, read John Updike. “I Drink for a Reason” may actually work better in its audiobook format, but is it gonna kill you to read a book, hipster?