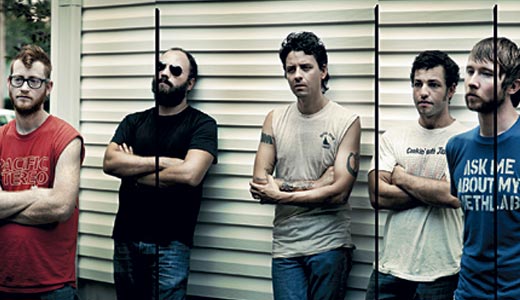 The Dexateens may not be a household name, but this band from Tuscaloosa, Ala., has been kicking around for more than a decade. They formed when Elliot McPherson and John Smith were students at the University of Alabama; the duo acted as the creative center of the burgeoning band.

“John was a big part of the band, helping me write these songs and put together these records, so now we’re trying it without him,” McPherson says of Smith, who left the band amicably this year to pursue other ventures.

They credit their main musical influence to old rock ’n’ roll and classic country records they listened to growing up.

“When we were young kids, stuff like Willie and Waylon was still on the radio,” McPherson says. “One of the earliest memories I have was being in the car with my dad and hearing the song ‘Mamas, Don’t Let Your Babies Grow Up to be Cowboys.’”

This immersion in Americana roots music cut a sincere groove into The Dexateens, who delve into Southern folklore. “For me, it’s 99 percent personal experience, but folklore definitely plays into it, in a subconscious way,” he says. “John’s style of writing was much different than mine. He is much more well-read than I am, and real familiar with Southern history and things like that.”

Smith’s departure since the release of The Dexateens’ latest, Single Wide, hasn’t slowed them. They start recording again in January with collaborator Tim Kerr.

“We’re trying to go back to the core of the band,” McPherson says. “We’re going back to work with Tim to make sure we don’t lose sight of what we’re about as a band.”