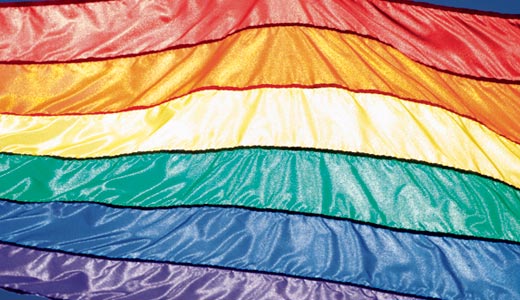 Diane Moten’s voice cracks and tears stream down her face as she recalls that cold January evening outside City Hall in 1999, as she waited to learn whether the Louisville Board of Alderman would pass the Fairness Ordinance.

Almost eight years earlier, a co-worker at the daycare center where Moten worked asked why she never mentioned having a boyfriend. In response, Moten was unashamedly honest, saying she is a lesbian.

In the coming days Moten began to notice co-workers staring and whispering. Three weeks later, she was fired — the daycare supervisor said Moten couldn’t be trusted around kids.

“They said gather your stuff and get what you need,” she says. “I lost my job because I was gay.”

In response, Moten joined the Fairness Campaign and began sharing her story with anyone who would listen, including the city’s Board of Aldermen.

Founded in 1991, the Fairness Campaign’s main goal at the time was to advocate for a law prohibiting discrimination against gay, lesbian, bisexual and transgender individuals.

Ultimately, on that winter night in 1999, the board approved the Fairness Ordinance.

“When it happened there was all this noise and people cheering around me, but inside I was quiet,” says Moten, wiping away tears. “There were hundreds outside in celebration.”

A decade later, gay rights supporters are celebrating a milestone and reflecting on how far the city has progressed. And although this 10th anniversary marks a time of celebration in Louisville, activists acknowledge there is more work ahead, particularly in other parts of the commonwealth. At the top of the agenda is the push for a state law banning discrimination based on sexual orientation.

What helped push the Fairness Ordinance over the hump in Louisville were compelling stories of discrimination, which poked the conscience of city officials, says state Rep. Reginald Meeks, who voted for the ordinance in 1999, when he sat on the Louisville Board of Alderman.

Despite the deleterious claims made by gay rights opponents — which Meeks says remain prevalent today at the state level — a number of high-profile cases eventually became too weighty to ignore.

“There were clearly, as I recall, some horrendous examples of individuals who had been discriminated against,” he says. “I mean, some of the cases were so abhorrent, so blatant, that conscientious citizens began to feel that this just isn’t right.”

Before the board approved it, however, the Fairness Ordinance failed three times over the course of the 1990s. During that period there were heated debates, marches, sit-ins and arrests, making it a hotbed political issue.

The political and religious arguments against the city bill a decade ago parallel much of what is being lobbed against the gay rights movement nationally still today. The city bill was referred to as a “political agenda” that opponents claimed would provide a group of citizens with special rights. More blatantly homophobic opponents argued the ordinance would push “the gay lifestyle” on children, with some making alarmist claims that the city was heading for full-blown hedonism, the go-to euphemism for many who oppose equal rights.

The reason the legislation failed the first few times is simple, according to Meeks, who says the board was afraid to be on the cutting edge of that type of civil rights legislation. The majority of the12-member board made a political calculation that it was safer to simply vote no.

“They didn’t want to go back and explain to their districts why they were in favor of it,” he says. “I think the community saw as the years went on (that) people began to be aware of the discrimination in housing and employment that Fairness supporters were going through. We got a few more votes in regards to people being elected (and) we simply were in a political position to get it done.”

By the time the Fairness Ordinance passed, it was actually among the more progressive laws of its kind because it also included protections for “gender identity” — meaning transgender individuals — in addition to sexual orientation.

Jeff Rodgers, a co-founder of the Fairness Campaign, says the inclusion of gender identity put Louisville ahead of many other cities that passed fairness laws, including New York City, and it was the most contentious fight they had with board members.

“Part of Fairness’ philosophy has always been not to leave anybody behind. We struggled with alderman during that period to get them to understand why it wasn’t OK to leave out gender identity, which some did want to do at the time,” Rodgers says. “The Fairness Campaign just kept repeating that we’re fighting for equality of all people, and this is what we insist must be in the legislation.”

Before the Board of Alderman passed the Fairness Ordinance, it was perfectly legal in Louisville to fire someone or deny them housing simply because they were perceived to be gay, lesbian, bisexual or transgender.

Looking back, the law made Louisville a beacon of progressiveness when it came to LGBT issues.

“You literally could see people have hope and feel differently about their own lives,” says Pam McMichael, a former Fairness Campaign member who petitioned for the ordinance door-to-door. “After Fairness passed, people were more proactive about making change in their lives. It came from the possibility of making a societal change. People went back to school, bought a house, changed jobs.”

In 1978, McMichael moved from southeastern Kentucky to Louisville to pursue a master’s degree in teaching. At first, she struggled to accept being a lesbian mainly because of the prevalent homophobia in her hometown, she says. Upon relocating to Louisville she found a job working for a progressive

social-services organization, and her sexual orientation was not an issue.

“You either had to depend on the good graces of who you worked with, or you had no option,” McMichael says. “People could do something as simple as show up to a holiday party with a partner and find themselves being moved out of their position.”

The Fairness Ordinance ensured LGBT Louisvillians they could no longer be legally discriminated against on the job or when searching for housing. Of course, that’s not to say discrimination based on sexual orientation or gender identity no longer occurs in Louisville, but clearly times have changed over the past decade.

“If a city like Louisville as early as 1999 could pass a fully comprehensive and inclusive anti-discrimination fairness ordinance, then it’s sort of a marker for the progress that’s being made across the nation,” says Chris Hartman, director of the Fairness Campaign. “I really do truly believe we’ll see our full civil rights before I die.”

Even as the LGBT community celebrates Louisville’s historic leap, it is impossible to overlook the hurdles the movement faces in the commonwealth.

Less than five years after the Fairness Ordinance passed, Kentucky voters blitzed the polls and overwhelmingly supported amending the state constitution to explicitly ban gay marriage. The 2004 referendum was approved by 75 percent of voters who affirmed that all recognized state marriages were between a man and a woman exclusively.

Earlier this year, Senate Bill 68, a measure that sought to prohibit unmarried and cohabiting couples (a euphemism for gays and lesbians) from adopting or fostering children, gained momentum. Conceived by state Sen. Gary Tapp, R-Shelbyville, and promoted as the “The Child Welfare Adoption Act,” the bill passed the Senate Judiciary Committee unanimously in an impromptu meeting that opponents called an ambush.

After being approved in committee, the controversial bill lingered on the Senate floor; it did not come up for a vote as the clock ran out on the legislative session. Gay rights advocates say lobbying efforts against the bill were key, while supporters suggest state lawmakers simply had other pressing matters to deal with, like casino gambling and an emaciated state budget.

And while non-discrimination bills seeking to amend Kentucky law to include definitions for sexual orientation and gender identity have been regularly introduced in the General Assembly, another approach has been crafted at the grassroots level.

Over the past 10 years, LGBT activists and their allies have put their energies into duplicating fairness legislation in cities and counties throughout the state with moderate success. Fairness laws have been enacted in both Lexington and Covington. The belief is that if the gay rights movement can gain traction locally, it will eventually extend into Frankfort.

There are lingering questions, however, about whether gay rights legislation can succeed outside the state’s urban hubs.

In Henderson, Ky., for instance, city commissioners amended the city’s civil rights provisions to prohibit discrimination on the basis of sexual orientation. The measure was quickly repealed, however, due to a considerable backlash from opponents who charged that commissioners had sanctioned an “immoral lifestyle” without the community’s consent.

“We jumped the gun and got the city council to pass a local ordinance. Yeah people were happy, but then the shit hit the fan,” says Jody Cofer, a member of the Kentucky Fairness Alliance, a statewide organization that lobbies on behalf of the LGBT community. “The right-wing extremists came out and they scared the hell out of the local political leaders, who immediately reversed it.”

According to Cofer, fairness advocates failed to do the grassroots work that made the Louisville campaign a success. It’s a mistake they’ve tried to avoid repeating over the past few years while campaigning in Richmond, Ky., where the city council will debate a fairness ordinance later this year.

The passage of such a measure in Richmond — the home of Eastern Kentucky University — could demonstrate the gay rights movement is gaining significant momentum in the state. Similar campaigns are being considered in smaller, rural cities including Bowling Green, Paducah and Owensboro.

For fairness opponents, however, these smaller movements are an attempt to circumvent a state populace that has already made its conservative views clear.

“These bills aren’t attempts to address a problem. There is not an epidemic of discrimination against gays going on,” says Martin Cothran, a senior policy analyst with The Family Foundation of Kentucky, a conservative lobbying group. “Where are these widespread problems with discrimination against gays? We don’t see it anywhere. They already have the same rights everyone else has with regard to hiring and housing.”

When reminded that state law in fact does not protect gays and lesbians from discrimination, Cothran backpedals, saying the gay rights movement is an “attempt to force other people to agree with them and their political agenda.”

Both sides seem to agree there is a stalemate among politicians who don’t want a backlash from either side.

That’s exactly why gay rights advocates like Phoenix Lindsey-Hall say it’s so important to keep fighting for equal rights across the state. The 27-year-old Louisvillian — a former volunteer coordinator for the Fairness Campaign — says although it might be easy for people to be openly gay in Louisville, that’s clearly not the case in other parts of the state. In addition to educating the public, Lindsey-Hall says it is necessary to lobby lawmakers, some of whom she says are closed-minded and bigoted.

“It’s the same holdup for every fight, whether it’s mountaintop removal or living wage,” she says. “It’s just a matter of us organizing as a state coalition to either force those legislators to be with us or (vote) them out of office.”