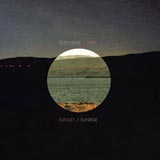 The neo-folk and organic techno movements have run their courses. Too many half-talented bozos have jumped on that bandwagon for the sound to survive. However, while that crowd continues to mine the late ’60s hippie-folk sound for oblique ambience and irony, there’s another, earlier era worth rediscovering by way of The Dutchess and the Duke. Setting their sights dead on target for 1965, this male/female acoustic duo mix just enough British Invasion with just enough “California Dreamin’” to come up with a sound that makes all other music irrelevant. Expanding on the ideas presented in first three songs from Beatles For Sale and swaggering like Mick Jagger singing “Stupid Girl,” Jesse Lortz and Kimberly Morrison make upbeat songs with the most desperately honest, down-and-out, romantically miserable lyrics ever penned. Jaw-droppingly stunning misery with a terrifying sense of truth. Pray for them. Buy their disc.