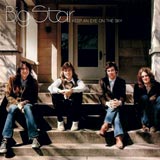 Big Star’s career never hit any of the standard narrative points — they went from guileless, fresh-faced power-poppers to loose-limbed, self-aware smart-asses after just one album, dissolving and reforming without co-founder Chris Bell in the process. This box ably conveys the band’s messy arc over the course of their three albums, plus extras including a shaggy 1973 concert in its entirety. Most of the unreleased tracks are demos and alternate mixes of familiar songs, but acoustic versions of “What’s Going Ahn,” “Thank You Friends” and underground rock’s greatest Christmas song, “Jesus Christ,” are as fascinating as you’d expect. Alternate versions and studio chatter are threaded throughout the albums themselves, an approach that especially complements the band’s shambolic, Smile-like masterpiece Third/Sister Lovers, which never had a finished track listing anyway. Ultimately, though, this music transcends context, and it’s nothing less than essential listening.