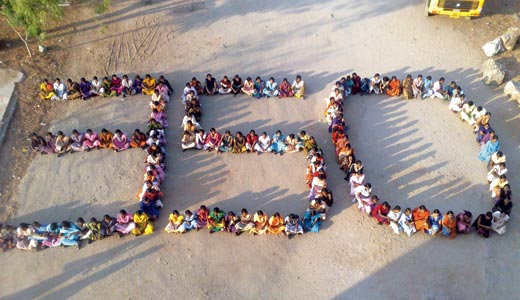 We live in an “either-or” world these days, and it’s hard to see how that’s doing us any good. If you self-identify as a “conservative” or “liberal,” many of those who differ will assume you adhere right down the line to a mega-laundry list of beliefs, and vice-versa.

Such a scenario leaves no room for conversation, much less debate. Aren’t people, in real life, a more nuanced amalgam of ideas, beliefs and actions, many contradictory and unrealistic? True, some folks are more aware of their own mendacious tendencies than others.

Consider climate change: The U.S. Chamber of Commerce has spent scads of time and money to essentially deny its existence. Alexis de Tocqueville, in his renowned tome on America, noted our nascent nation’s already-accelerating adoration of money. A little over 170 years later, that momentum has reached critical mass and then some: Business is king, and that crown comes with license to downgrade anything so la-di-da as science.

Real people make money. The rest are simply in the way.

Would that we could all take three steps back. Either-or: You lament gun violence. Or you are a fascist. You support art without limits. Or you’re a philistine. You think business should make fair but not obscene profits. Or you are a commie. You believe there’s a problem with the climate. Or you’re a tree-hugging commie. Labels, meant to neutralize debate and protect the vested interests of the status quo. Conversation becomes casualty as a result.

Mass media plays a part. It gives, by disseminating information to untold numbers of people, and it takes away, by habituating those same masses in some pretty screwy behavior.

What do words mean, after all? Green, in the case of the environmental lexicon, may have sufficed to differentiate early on, but the word has surely been co-opted by now, an easy mark for carpetbaggers and hangers-on. And yet — either-or — can we say there’s really nothing beyond the cliché? More to the point, can we congregate beyond the false dichotomies?

It may be true, and never more in our hyper-real mass media cesspool, that every movement needs a gimmick. The environmental writer Bill McKibben, who has spoken dourly about our relative prospects going forward, nonetheless continues fighting the good fight, and he and some friends have come up with something called the 350 movement, which builds on 2007’s Step It Up campaign.

Older readers will recall, some fondly, that 350 was the cc displacement of the standard General Motors V-8 engine during the heyday of the muscle car. Though that is not entirely off-point, it’s not what McKibben is getting at. Three hundred fifty is the number of CO2 particles per million that the Earth’s atmosphere can tolerate, according to a community of scientists. Currently, they put that number at 387 and growing. Somewhere on the near horizon lies the point of no return.

On Oct. 24, at thousands of sites in hundreds of nations, people will gather at “350” events. In Louisville, a loose affiliation of organizations, each with an affinity for environmental causes, has planned a day of entertainment and education on the Great Lawn at Waterfront Park. The crowning moment will come at 3:50 p.m., as the crowd forms the numbers 3-5-0 in the grass for an overhead photograph. It’s all in advance of the United Nations summit on global climate change in Copenhagen, Denmark, at the end of this year.

No word as of press time whether the Louisville event — to which city government has no official tie — will include anyone who hasn’t sung in this choir for a while now. That would be something to see.

Speaking last week on NPR’s “Science Friday,” Eileen Claussen of the Pew Center on Global Climate Change said expectations are being dialed down in advance of Copenhagen. The U.S. Senate, with health care reform dominating its agenda, may not pass legislation signaling U.S. intent in time for the conference.

Still, she said, steps can be taken to advance the issue. Developing nations can agree on numerical goals and hash out the financial challenges of reaching them. At the very least, she said, those nations, particularly the largest emitters of greenhouse gases, can make a political declaration to keep working on climate change with intent.

Claussen also noted a recent New York Times op-ed by Sens. John Kerry, D-Mass., and Lindsey Graham, R-S.C., which signals possible Senate compromise that includes increased use of nuclear power and increased drilling. Such a compromise won’t please those who practice the either-or equation, but it at least acknowledges a problem.

It would be a start.