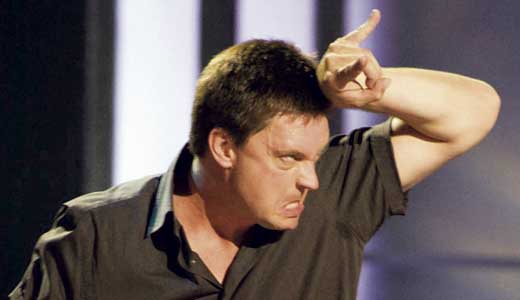 Jim Breuer is back. The hyper, loud metalhead — with a sometimes quirky and sometimes in-your-face style of comedy — is returning to the stand-up stage, reminding everyone why he is still one of comedy’s sweetest secrets. The former “Saturday Night Live” cast member and star of “Half-Baked” will appear at Improv Comedy Club all weekend.

LEO: Have you ever played Louisville?

LEO: So you’ve kind of been out of the limelight for a while. What have you been up to?

JB: In 2001, after I toured with “Hardcore,” I had two little kids and wanted to watch my family grow. My elderly parents were starting to get sick and people were talking about putting them in a nursing home, so I decided to take them in. Then I decided I could do good on radio, and I took a job at the Sirius (Satellite Radio) show. So I had money and I got to be home with my family. About a year ago, I sat down with my wife and family and decided, let’s go back to the forefront, but this time I want to control my destiny in Hollywood. I’m all about the new, edgy family guy now.

LEO: In your comedy special “Hardcore,” I remember thinking, “This guy would much rather be a rock star than a comedian.” Is that a fair assessment?

JB: Hands down. I would leave this world in an instant to be on a stage, ripping up a hard rock/metal tune in front 50,000 people. I’d have been good, too. I dropped the ball.

LEO: “SNL” is a tough grind. Would you say it was worth it?

LEO: Has your approach to comedy changed since those days, now being married with kids and all?

JB: No, the approach hasn’t changed at all. I’m always observational. I’m always talking about whatever is going on in my life. In those days, who knows? It was about chasing girls, dating, drinking, family. Now, it’s all family.