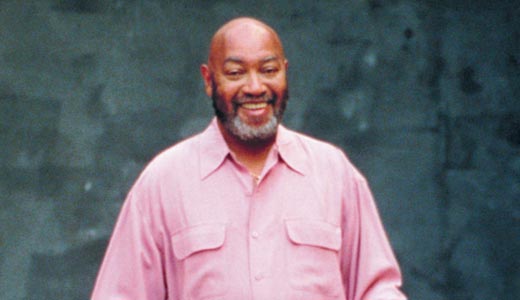 Pianist Kenny Barron returns to Louisville for his third public concert this decade. The other two: a solo performance at the Jazz Factory in November 2006, and a collaborative concert with the Turtle Island String Quartet at the Kentucky Center in November 2005.
Since then, Barron has been designated a 2010 National Endowment for the Arts Jazz Master. His forthcoming appearance at the University of Louisville will formally open the 2009-10 U of L Jazz Fest. Both Barron and Mike Tracy, director of the U of L Jamey Aebersold Jazz Studies Program and professor of music, were interviewed regarding Barron’s concert and the Fest.
By way of background, Barron noted that he was the youngest member of his Philadelphia family. “I started at 6 years old with classical piano, which I did until I was 16. My brother Bill, who was 17 years older, had a lot of recordings, 78s, of Charlie Parker, Dizzy Gillespie, Fats Navarro, so I started listening to the music through those records. Philadelphia had really great jazz stations, so I was surrounded by the music, and I became fascinated with the music.”
Barron credits his brother for paving a path and breaking into the Philly music scene. “My brother got me my first gig in the band that he was playing with — mostly dancers at cabarets, where you would bring your own brown bag, so to speak,” he said. “You would have to play for comedians and singers and dancers onstage, so you had to play a show. That was a very valuable experience for me. I learned a lot of songs, the repertoire — I learned how to pay attention.”
As Barron moved up through the rankings and gained experience and confidence, he worked with many jazz greats, including his mentor, Dizzy Gillespie. He remembers those years fondly. “I graduated from high school in ’60. In my last year, I got a chance to work with Jimmy Heath, Yusef Lateef and Philly Joe Jones. My brother was playing with them when they came through Philly at a club called the Showboat. In 1961, I moved to New York, and one of the first gigs I had was with James Moody at a club called the Five Spot. Through that, one thing led to another, and he got me the job with Dizzy. So that was my start, so to speak, working with Dizzy, and that was a helluva four years.”
Following this auspicious debut, Barron began touring and recording with such topnotch artists as Stan Getz and Ron Carter, as well as embarking on a solo career. Barron was a member of Sphere, initially a Thelonious Sphere Monk tribute band.
Asked how he approached solo performance as opposed to playing in a trio or other ensemble, he chuckled: “With great trepidation. Playing solo for me is always a little scary, at least until after the first tune, and then I can relax. You don’t have time to get acquainted with the piano. Every piano is different. For me, that’s the big bugaboo — what’s the piano going to be like? I’m always jealous of saxophonists and bass players, who really develop a personal relationship with their instruments.”
Barron also said that his repertoire for solo concerts includes both standards and originals. As one who has performed in concert halls, clubs and festivals, Barron noted that he “would like to think it doesn’t matter what kind of venue you are in, but it actually does. … I like the rapport you can get with the audience in a smaller venue.”
Mike Tracy is excited to have Barron opening this year’s Jazz Fest. “This fits into our desire to offer a concert that is sure to leave a lasting impression in all who attend,” he said. “Mr. Barron’s ability to touch the listener is legendary, and the solo format is the most intimate way of doing so. When I listen to Kenny Barron perform, whether live or on recording, I am consistently impressed with his continual musical growth and consistent playing. He often does not receive the limelight, but those who know, know when Kenny is playing.”
Tracy said his goal for the festival is to bring artists on campus that represent the finest from the jazz idiom. “I also want to pay homage to the tradition and masters of our craft — hence Toots, Dave Brubeck, Elvin Jones, Michael Brecker, Marian McPartland, Ray Brown and more have been here (the complete list even amazes me).” Tracy was hopeful there would be a pre-concert talk for students and others.
JAZZ WEEK, FEBRUARY 2010
Wednesday, Feb. 24: International Night with Open World Ensemble (Russia) and Renato Vasconcellos (Brazil)
Thursday, Feb. 25: Adjudicator Night, with Jazz Ensemble II and guest adjudicators
Friday, Feb. 26: Valery Ponomarev, trumpet, with Jazz Ensemble I, John La Barbera, director, and Faculty Combo
Saturday, Feb. 27: Houston Person, saxophone, with Jazz Ensemble I, John La Barbera, director, and Faculty Combo
Sunday, Feb. 28: NEA Jazz Master Toots Thielemans, harmonica, with Kenny Werner, piano
All concerts at Margaret Comstock Concert Hall, U of L School of Music, at 8 p.m. except Thielemans/Werner at 3 p.m. For more info, visit www.louisville.edu/music/jazz or call 852-6907.