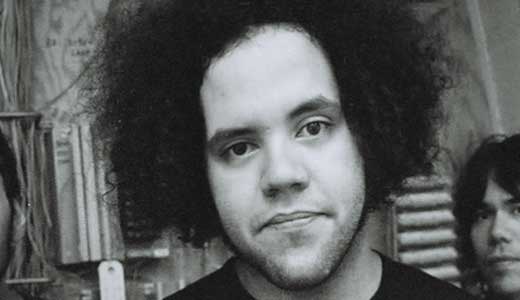 If you would’ve said that this year’s Fright Night Film Festival would have been the last time I saw Tony Bailey behind a drumkit, I would’ve called you a liar.

Tony, who died last week, was the first person to introduce me to The Jesus Lizard and the first person to show me The Rocket House. He had an encyclopedic knowledge of music as well as impeccable taste. Bailey’s work in many Louisville bands — Crain, Aerial M, Papa M, Lords, Dead Child, Rude Weirdo and Phantom Family Halo, among many others — is a memorable contribution to Louisville culture. He will be missed.

Louisville Lip Records founder Shawn Severs says the basic tracks for Rude Weirdo’s upcoming album — Bailey’s last recording — are mostly completed, and the surviving members will finish the record in the near future. The second Foor EP, which also featured Bailey and Severs, will be on sale at ear X-tacy this week. Check out www.myspace.com/foortheband.

Cincinnati-based Forecastle vets The Seedy Seeds are at Skull Alley (1017 E. Broadway) Oct. 10 with Slingshot Dakota and Teenage Angela ($5, 7 p.m.). Margaret (no last names needed) hadn’t been in a musical project before Seedy Seeds when she met Mike two days before New Year’s Eve in 2005. Mike had “seriously been in some 30-odd bands,” including a pop-punk band called The Scrubs. Their drummer, Brian Penick, is an alum of Turnbull ACs. The band have released their first video, for the song “Drive Me to the Center,” off 2008’s Count The Days. The video was shot by Soft City Lights collective and finds the members milling about in alternative, surreal realities, like, in the case of Penick, a frat party. New material is in the works. The band have added three or four new songs to their set and are in discussions with hometown label Shake It Records to release an exclusive 7-inch for Record Store Day next year. “We are writing constantly,” Margaret says.

Howard Rosenberg is one of the organizers behind Old Louisville’s annual Garvin Gate Blues Festival. We speak with him and feature music from Sugar Blue (left) at Bluegrass Catastrophe, bluecat.leoweekly.com.