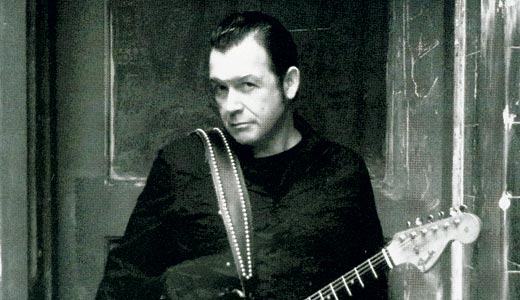 Six months ago, when the label Noise Pollution approached former Evergreen bassist Troy Lee Cox about reissuing a compilation of the band’s early material, Cox wasn’t all systems go. “I was skeptical,” he said. “I didn’t know what they wanted.”

He hadn’t listened to the songs in 15 years, nor had he picked up a bass in almost five.

Louisville was worse off for his absence, and that of guitarist Tim Ruth, drummer Matt Tucker and singer Dave Pollard, and the Noise Pollution guys knew it.

Label founders Brandon Skipworth and Nathan Smallwood had wanted for years to release a Cinderblock (the band’s first moniker) collection CD. Also, South End kids take care of their own: Cox, Pollard and Ruth all grew up and lived within a mile of each other in Valley Station, and Skipworth and Smallwood are from Shively and Valley Station, respectively. That connection played no small part. Historically, South End bands branded Louisville hardcore (small h). Evergreen would be no different.

Circa 1991, the foursome originally known as Cinderblock kept the city’s punk and hardcore output from becoming stale. Stylistically, their brand of funk- and reggae-inflected punk earned comparisons with Bad Brains, “Waiting Room”-era Fugazi and The Minutemen — a throwback to the late ’70s and early ’80s, when hardcore sounded more inclusive of different styles and less drop-D.

Cinderblock shared bills at Tewligan’s with the likes of Bush League and Indignant Few, and released its first 7-inch under the new name Evergreen on Mike Bucayu’s label Self Destruct, alongside comparatively brutal Erchint and Undermine.

“We all had different tastes and somehow all clicked and weird stuff just came out,” Pollard said.

A single show probably cemented Evergreen’s rep forever: the 1992 battle of the bands at St. Francis High School. The event doubled as their cassette release show. Self Destruct had made cassettes of the band’s newest material, Go Cart Ride, and from the opening note, Evergreen destroyed; the cassette vanished in less than a year, becoming a sought-after classic of the Louisville scene.

If there’s anything unfortunate about Saturday’s Uncle Pleasant’s time warp, it isn’t that the group will eschew material from its Hi-Ball Records full-length, which featured Sean McLaughlin and Britt Walford. Evergreen’s two founding members, Tucker and Ruth, won’t be able to play. Tucker backed out of the reunion at the last minute, and Ruth’s arrest earlier this year on drug charges prevents him from participating.

“I’m disappointed,” Cox said of Ruth, whom he’s known since he was 15. “I wanted him to stand with me on this. It just didn’t work. I feel weird talking about it, but we still care about him. The show itself is in honor of him and Matt. It’s their music. They made it.”

Instead, two rabid fans — guitarist Greg Livingston and drummer Sean Roberts — are filling the shoes better than Pollard and Cox could’ve imagined. Pollard, with no small amount of admiration, says the show wasn’t possible without them.

“Everybody in the world is doing records with special guests,” he said, “to the point that they’re not special anymore.”

Produced by John Porter, Hard Believer finds Castro pushing the Fender Stratocaster and Super Reverb to different tones than the ones that earned him recognition by Carlos Santana, who called him “the future of the blues.”

“I tried to create a whole different recipe out of the same ingredients,” Castro said by phone from California. “One of the things I haven’t been doing in recent years is thinking about my guitar playing very much. I kind of forgot myself as a guitar player. This time, I try to bring back some attention to it.”