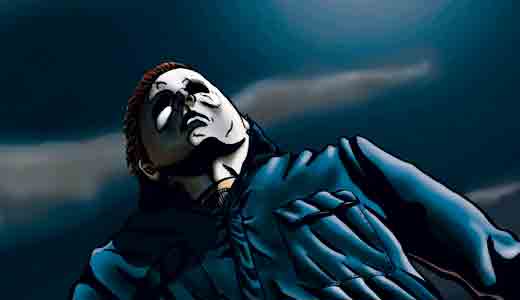 Things don’t look so bright in the sinister comic world of Wes Hillegas. Indoctrinated by Marvel comics like “Spider-Man” as early as age 5, he began drawing and dreamt of one day illustrating for Marvel. Hillegas attended the Joe Kubert School of Graphic Arts — one of the only schools in the nation solely dedicated to comic book art.

With pencil, ink, dyes and paint, he uses meticulous detail in his generally horror-themed art. Hillegas has several pieces featuring famous figures in the world of terror and gore, including Frankenstein and Michael Myers of “Halloween” fame; he even channels the nostalgic Grey Skull Castle from “He-Man: Masters of the Universe.” He can make even the cuddliest characters horrific. In one piece, Winnie the Pooh goes on a honey-induced rampage with his friends Tigger “the streaker” and Rabbit “the pot-head” on Halloween night. Who knew Pooh had such a rebellious streak?