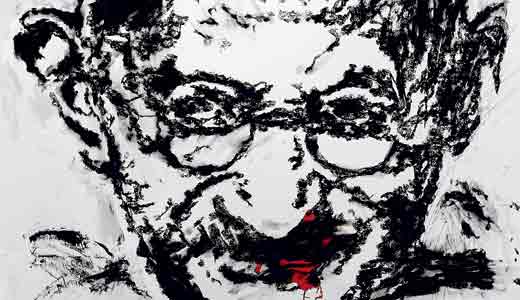 Hulsey is a multimedia artist working in video, installation and paintings. His interests are deep and vast, including philosophy and comparative religions. The charcoal and graphite on paper portrait of Indian political and spiritual leader Mohandas (Mahatma) Gandhi could have stood on its own. But Hulsey knew it needed more, so he covered his fist with red acrylic paint, then hit Gandhi right in the kisser. “The red transforms the straightforward portrait into a statement for peace, yet this effort is achieved through the contradiction of violence.