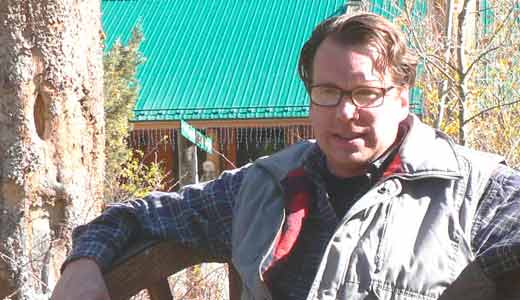 In the summer of 2004, I was in New York finishing up the details of an exhibition I was curating called “Earth and Memory: African and African-American Photography.” The exhibit was scheduled to travel in the fall. That same week, the Republican National Convention was in town, and I had made plans to join the hundreds of thousands of protestors from across the country.

Between business and protesting, I took in several exhibitions and openings of many of the galleries in Chelsea, Soho and Williamsburg in Brooklyn. The artwork, installations and literature accompanying the exhibits were all politically uncompromising. The exhibits were urgent calls to join in protest and expose the crimes of the Bush-Cheney machine. The energy spilled into the street, and the city was united in the cause to kick the bums out. A few days later, when I returned home to Louisville, it was if I had returned to another time.

Where was the outrage? Why has the Louisville art scene seemed never to want to take on the political and controversial issues of the times? In the dozen years I have been back in Kentucky, the art community has grown and become a vibrant part of downtown. Twenty years ago, it was nonexistent. Hats off to the gutsy underground

movement and individuals who have made that happen. However, I still do not understand the mission and purpose of the art scene here.

Should art not act? Should not all artists worth their salt also be activists? Isn’t that the purpose of art, to force us to look at things differently, even when it makes us uncomfortable?

Locally, the most inspiring individuals I have met are young people whose creative lives, political principles and lifestyles are inseparable. They are environmentalists, vegetarians, animal rights activists, and driven by a common goal: to change the world. What else is there for those who take on the difficult job of being artists? Should an art scene contain controversy and provoke the establishment? Absolutely.

I know there are critics who say art that contains a controversial or political message is somehow diluted. This stand is preposterous and easily brushed aside. In New York, 20 years ago, I saw an exhibition of thousands of Polaroids of arrested Cambodians taken by the Khmer Rouge secret police in the 1970s that still haunts me today. In a vast gallery, these 3-by-3-inch headshots covered the walls from floor to ceiling and spoke with a receding anguish. The giant headshots of German artist Thomas Ruff pale in comparison.

Pablo Picasso’s “Guernica c. 1937,” a great mural — certainly one of the most famous paintings of the 20th century — still stands today as one of the foremost objects of political protest. Die Brücke (The Bridge), founded in Dresden, Germany, in 1905, is one of the earliest groups of Expressionism. As the Nazis rose to power, Die Brücke was labeled degenerate art, and much of the work was destroyed. Many of the artists in the group suffered equally tragic fates.

The brutal images of British artist Sue Coe from the 1980s to today — of factory farms — demand from us action and change. Coe is one of the pioneers of the animal rights movement, and her work is in major collections around the world. What about the hundreds of thousands of artists, writers, journalists and activists who are imprisoned around the world? Art that is worth anything has been political.

What is the J.B. Speed Museum’s mission? I have never known this museum to have a single exhibit that was provocative or controversial. During the nightmarish years of the Bush administration (2000-2008), I did not hear a single word of protest from the Speed, not one exhibit protesting the Bush-Cheney agenda. You would think with their well-funded purse, they would want to try and change the world.

Here’s an idea for the Speed: According to the Southern Poverty Law Center in Montgomery, Ala., there are more than 1,100 registered hate groups in the United States. Recently, Ron Edwards, leader of the Imperial Klans of America, located in Dawson Springs, 25 miles east of my other home in Western Kentucky, lost a civil lawsuit filed by the Southern Poverty Law Center. Twenty-five miles west of my home is the largest Ku Klux Klan chapter in the region. How about a powerful, hard-hitting show to educate the public about what’s lurking in the shadows? Call it “Exposing Hate,” and watch the national media pick it up and really shine a light in the shadows.

Here’s an idea for 21c Museum Hotel. This stellar venue could work with Amnesty International, receiving profiles and photographs of imprisoned artists from around the world, projecting them onto the walls in the elevators and over the bar, giving guests the option to write to the prisoners. The Kentucky Museum of Art and Craft could join forces with Kentuckians for the Commonwealth to stop the criminal practice of mountaintop removal in Appalachia.

I admire Actors Theatre of Louisville. When traveling the country, ATL’s name comes up in conversation with the majority of people I meet. ATL has an international reputation for controversial and hard-hitting work.

The art scene? How about an activist movement?