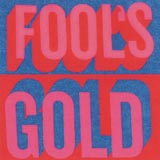 A typical Fool’s Gold song establishes a melodic figure and then tortures it for up to five minutes, creating a sound as dense and enormous as the 12-piece ensemble itself. Sometimes this works splendidly. “Night Dancing” builds to an almost unbearable frenzy that’s seemingly all climax; elsewhere, the effect is numbing. The weaker melodies of “Nadine” and “Poseidon” can’t sustain such rangy compositions. Highlights include the irresistible highlife of “Surprise Hotel,” which plays like an outtake from Talking Heads’ Naked, and “Yam Lo Moshech,” which shamelessly cops Clash reggae over a loping, inverted rhythm that never quite plays it straight. The band often seems torn between embracing and subverting a worldbeat sound, but to their credit, the explorations never feel gimmicky or dilettantish. Fool’s Gold may be wildly inconsistent, but it’s always interesting and frequently stunning.