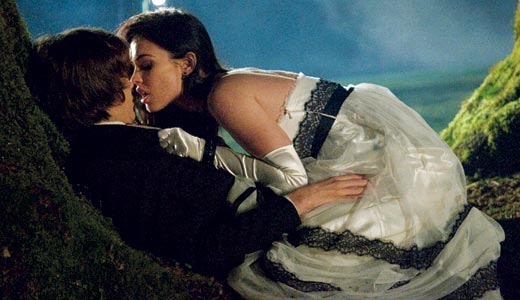 Hell is a teenage girl.

So go the first five words of the film, setting the tone of “Jennifer’s Body” as part adolescent slasher flick, part satire of said adolescent slasher flick. Penned by Hollywood “It Girl” Diablo Cody (“Juno,” “The United States of Tara”) and directed by Karyn Kusama (“Aeon Flux,” “Girlfight”), the film runs on the angst of teenage hormones powered by Red Bull and sharp-tongued dialogue. Think Juno traipsing through the halls of Laguna Beach High, and you’ve got the idea. Add the camp of Freddy Krueger, and you’ve got “Jennifer’s Body.”

This has also been touted as star Megan Fox’s breakout role. And yes, she proves she’s got the chops to handle more than just ’80s action figures. Fox plays the title character. After chasing one too many bad boys, she ends up with a demonic curse: She must feed on pimple-faced teens to keep her radiant skin and luscious locks intact. When she’s full, she’s got the glow of a Cosmo cover girl. When she’s hungry, well, you could probably find her cracked out in one of those Meth ads.

Jennifer’s BFF and the film’s narrator, Needy (Amanda Seyfried of “Mamma Mia” and “Big Love” fame), is the only conscience the boy-eating cheerleader has standing in her way. Always second fiddle to Jennifer’s popularity and beauty, Needy struggles between her devotion to her friend and her need for independence. “Sandbox love never dies,” she speaks of her infatuation with Jennifer as she lets her walk all over her.

As more boys are found dismembered in the small town’s woods, Needy becomes suspicious of her friend’s impervious apathy. Well, that and the fact that Jennifer shows up at Needy’s house after the first “meal,” covered in blood, and proceeds to vomit black goo all over her kitchen. So Needy does what any go-getter would do in this situation — marches to the Occult section of the school library and searches for a curse reversal or a way to stop the body count.

“Jennifer’s Body” succeeds in playing over-the-top scenarios alongside typical teenage melodrama, giving more depth and intrigue to both. The witty dialogue and playful character banter successfully move it out of the teenybopper realm, making it more relevant to those who survived their teenage years rather than those who are living them. Diablo Cody proves once again she’s the stripper with a pen of gold — it’s interesting to see her hop genres and still keep things more entertaining and fresh than most of what’s oozing out of Hollywood at the moment. In the same way Tina Fey captures the humor of the always-slighted, never-righted self-deprecated, Cody relives the highs and lows of our teens and does what we always wanted to do — shove a stake through their beating heart.