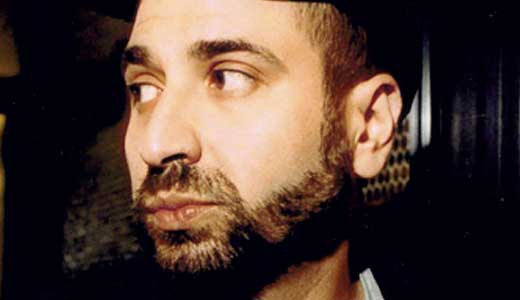 Dave Attell is hard to like but easy enjoy. His brash, lecherous sense of humor has made him one of the most respected comedians of his generation. He came to fame as host of the Comedy Central cult-classic “Insomniac” — a show where, each week, he would shine a light on the seedy underworld of the country’s late night. After appearances on “Tough Crowd with Colin Quinn,” “The Daily Show” and “Arrested Development,” he was included on high-profile tours with Lewis Black, Dane Cook and Mitch Hedberg. Attell will bring his raunchy brand of comedy to Louisville Improv this weekend. LEO caught up with him on the road.

LEO: When you were an up-and-coming comedian, the edgy material that people like you, Jim Norton or Doug Stanhope do wasn’t embraced by the mainstream. Did something in particular happen that made it acceptable?

Dave Attell: I’ll tell you one thing that’s happening now is that people don’t want (our) kind of comedy. People want silly, and they want it non-offensive. They might say they want it edgy, but they don’t want anything too rough. Everybody gets offended, so it’s hard to take on any kind of hard-edged topic. People talk about politics now; it’s the new “in” thing to talk about. But all that sex stuff … that’s kinda, ya’ know … I still do it, but it doesn’t hit like it used to.

LEO: Do you feel like there’s a trend in comedy, where comedians kind of eat their own when one moves up and becomes successful?

DA: No, not at all. I think of people who are successful that I know, they earned it. They were in the clubs for a long time, and they had done live performance stand-up for a while. The backlash on people does usually come from envy. There’s a lot of good comics out there, but there’s also a lot of bad ones. But it’s like any profession, where some people are just more successful than others. For me, it’s really about new material, doing it differently, doing it better. But the real thing about being a comic is pumping out the new stuff, and that’s hard. Whether you’re a puppet guy, a guitar guy or a dick-joke guy, it’s still the same thing — you have to come up with new stuff.

LEO: You had a cameo in “Funny People,” a movie that conveys the general consensus that comedy comes from a dark place. What hides in your dark place?

DA: Have you ever seen me? I’m an ugly guy. The ugliness … inside and out. But I like dark humor … I like it dark, I like turning sad things into ironically funny things. The audience wants to go and forget their problems; comics, we kind of revel in them. We wallow in our shit. You do it long enough and you realize that everything is possible. Anything can be made funny, it’s just (a matter of) putting the work into it — even the sickest and saddest stuff. It might be inappropriate or in bad taste, but it’s really funny.

LEO: On stage you paint yourself as pretty debaucherous. Are you really that bad?

LEO: Drink and cigarette of choice?

DA: American Spirits. But I can’t really drink anymore. Ya’ know, God only gave me one liver, so I have to kinda lay off the booze. Other than that, it’s just cigarettes and coffee. It’s pretty sad when you get old. Enjoy yourself, enjoy your youth.

LEO: Have you ever thought about bringing your show “Insomniac” back?

DA: I’m working on other pilots, but no. I wanted to keep doing it as “specials,” and they wanted me to keep doing it as a series. That was kind of the rub there. But everybody’s moved on — that show had its moment, and there are so many reality shows that are kind of like it now, so it’s like, what’s the point? Every bar I went to is now a Mailbox Etc. or a Dunkin’ Donuts. Everything has grown up. America’s becoming harder and harder to find good, late-night stuff to do. People are changing, I guess, that was a different time. It’s like I’m a dinosaur or something.

LEO: In traveling so much and doing the show, do you have regular spots picked out in each city you show up in?

DA: You know, I can’t really remember anymore. That’s the way it is with comedy — you start at the club, get a couple drinks there. Then you end up in a couple bars, and then after that a strip club, and then after that, if you don’t have to do radio, then you’re in an airport. So it turns into a big blur. I was just in Nashville. (And) I know Nashville can’t hold a candle to Louisville. Louisville takes it to the next level … and I like that.