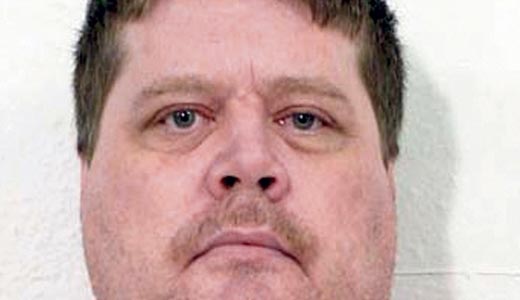 The following day, relatives became worried when the mother and son failed to return home from a planned visit with Windsor. Police responded to York Towers where they discovered the bodies of Betty Jean Windsor, 27, and Corey, 8, both of whom had been fatally beaten with a dumbbell and then stabbed.

Police launched a massive manhunt for Windsor, who remained on the lam for nearly seven months. The fugitive posed as a homeless drifter, first in Nashville, Tenn., and then in North Carolina, where U.S. marshals ultimately captured him in July 2004.

Soon after Windsor’s extradition back to Louisville local prosecutors announced plans to seek the death penalty.

But as his trial date approached, Windsor tried to end his own life: On July 7, 2006, he was found unconscious in his jail cell at Louisville Metro Corrections, having overdosed on anti-depressants.

Five days after the suicide attempt, Jefferson County Circuit Judge Martin McDonald conducted a hearing to determine whether Windsor — still being treated at University Hospital — was competent to proceed. The judge weighed the disparate views of two mental health experts, and the following day declared that although Windsor might not be “firing on all cylinders,” he was competent enough under state law to go forward with his capital case.

A few days later, Windsor appeared in court and — ignoring the advice of defense attorneys — told the judge he wished to waive a jury trial, plead guilty to the murders and be executed.

In the wake of their client’s suicide attempt, defense lawyers urged the judge to postpone court proceedings and further assess Windsor’s competency, but to no avail. At the time of sentencing, they argued Windsor suffered an abusive childhood that resulted in various personality disorders. The evidence, however, did not dissuade the judge from handing down the death sentence Windsor sought.

But Windsor, 45, has since changed his mind, and now he’s fighting to have that sentence overturned. The Kentucky Supreme Court was scheduled to hear arguments in the case Wednesday.

The gist of Windsor’s appeal is not that he is incompetent (at least not at this juncture), but rather that Judge McDonald should have done more to evaluate his mental state before allowing him to seek a death sentence just days after attempting suicide.

“The argument is that there needs to be a competency hearing because there was evidence that justified it,” says David Niehaus, the Louisville public defender representing Windsor. Saying rules of professional conduct prevent him from commenting further on the pending case, Niehaus pointed to the briefs he has filed with the high court to further explain his client’s position.

“The judge permitted a defendant of dubious competency to ask for death,” Niehaus writes, asking the Kentucky Supreme Court to block his client’s execution or, at the very least, to require that he be re-sentenced. At this point, no execution date has been set.

Declining to comment specifically on the appeal, Allison Gardner Martin, spokeswoman for the state attorney general’s office, says, “We look forward to arguing our case in front of the court.”

In a response brief filed with the high court, Assistant Attorney General Hays Lawson argues a death sentence is appropriate, describing Windsor’s brutal crimes and the burden of having to live with his actions as incomprehensible. “The desire to confess is not. It is common. It is human. It may be the only display of (Windsor’s) humanity that is comprehensible in this case.”

Several days after Windsor’s attempted suicide, two mental health experts weighed in at his competency hearing. Dr. Walter Butler, a psychiatrist, believed the defendant had not completely recovered from his suicide attempt. In a letter to the court, he described symptoms of depression and post-traumatic stress disorder, saying Windsor was hopeless and guilt-ridden, which could adversely impact his ability to “effectively consult with counsel, understand the proceedings and make informed choices.”

As a result, he recommended a battery of psychological tests to determine whether Windsor was competent.

On the contrary, Dr. Timothy Allen, a licensed psychologist with the Kentucky Department of Corrections, concluded Windsor was capable of going forward, and the judge agreed.

Three days later, Windsor told Judge McDonald he wanted to plead guilty and be sentenced to death. According to court transcripts, Windsor said, “I feel that I am completely competent. I have no residual effects from the overdose last week and I would ask the court to accept my plea of guilty because I am accepting full responsibility for my actions.” Defense lawyers attempted to intervene and requested a continuance to allow for further psychological testing, but the judge said the matter of Windsor’s competency had already been settled.

“(Windsor) beat his wife and child to death with a dumbbell. Sometime after his arrest, he decided to do the right thing by taking responsibility for his actions,” according to the state’s brief. “This set into place a series of unusual events, all of which the trial judge addressed in an appropriate, thoughtful and fair manner.”

At that time in late 2006, there was no prior case law involving a capital defendant who had waived a trial and sought execution. It would be another year before the Kentucky Supreme Court considered the similar case of Marco Allen Chapman, who opted to dismiss his attorneys, forgo a trial and volunteer for the death penalty after murdering a female acquaintance and her three children. In that case, Chapman underwent three psychological evaluations before he was deemed competent. Lawyers continued fighting on his behalf, claiming Chapman was essentially committing suicide by court. Their efforts were unsuccessful, however, and he was executed by lethal injection last year.

“As the court has certainly inferred by now, (Windsor) no longer desires to be put to death,” Niehaus writes. “He is not Marco Chapman.”

At a minimum, he argues, Windsor should be re-sentenced because his mental state was not thoroughly investigated, pointing out that Chapman — who did not attempt suicide — was granted three competency evaluations, whereas his client underwent only one.

It’s a sentiment shared by the Rev. Patrick Delahanty, executive director of the Kentucky Coalition to Abolish the Death Penalty, who believes the state should make every attempt to determine whether a defendant is competent.

“If his intent at the time was to die and he took advantage of the state’s willingness to do that, it’s a public policy gone completely awry,” he says. “Obviously, in our opinion the death penalty is never warranted. But regardless of whether you agree or disagree on that, it clearly should not be up to the person who committed the crime to determine the penalty.”