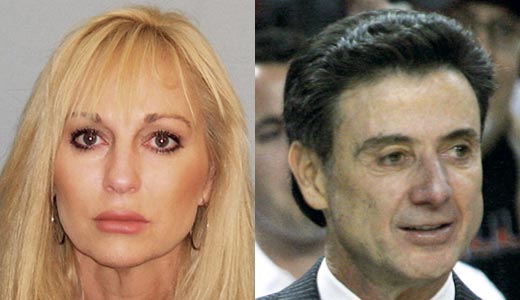 That Rick Pitino made a very bad decision is indisputable. The married man admits he had sex with a relative stranger on a leather booth inside the dining room of a popular Italian restaurant after closing time. Making matters worse is the fact that after learning this other woman was pregnant (her self-declared nickname is “Fertile Myrtle,” after all), Pitino shelled out $3,000 to pay for an abortion, which although perfectly legal in this country for some 36 years, has sparked more controversy than the seedy sexual encounter itself.

But despite the undeniably sordid details of the whole affair, public opinion about what should happen to the University of Louisville men’s basketball coach as a result of the scandal is mixed. Ardent pro-lifers and droves of UK fans want him fired without further discussion; fellow Catholics seem willing to forgive; and most Cards fans are eager to forget, assuming their team’s disgraced leader wins games this season.

At this point, it seems a healthy dose of humiliation and unflattering press might be his only punishment.

When it comes to the woman embroiled in this sex scandal, however, the consequences could be much more dire, and the public has been less forgiving, as evidenced by countless conversations overheard at the courthouse last week. A few highlights from those exchanges: “I can’t believe she’s dragging her kids through all this,” “She should be like Rick and just say ‘I’m sorry’ and come clean,” and “I just rode up the elevator with Karen Sypher and she really does look like a hooker. And that perfume was seriously enough to make you gag.”

And while there is a “Supporters of Karen Sypher” Facebook page with 17 members, a handful of detractors have infiltrated, leaving disparaging comments about the group’s namesake.

The 49-year-old former model — who specialized in working farm machinery trade shows as opposed to a runway — was unknown until April of this year when Pitino accused her of trying to blackmail him, saying she initially demanded he give her two new cars and $3,000 a month, pay off her house and fund her children’s college educations. Eventually, her demands allegedly escalated to a whopping $10 million. In May, a federal grand jury indicted her on charges of extortion and later lying to the FBI about arranging for a friend to call Pitino and threaten to slander him unless he agreed to pay. Federal prosecutors are likely to dismiss the aiding and abetting charge against that friend, Lester Goetzinger, whose lawyer has stated publicly that Sypher used sex to con his client into helping her.

Once under federal indictment and six years after the pair’s sexual escapade, Sypher went to police and claimed Pitino raped her twice — once at Porcini restaurant on Frankfort Avenue, and again two weeks later at the home of U of L equipment manager Tim Sypher, whom she eventually married. During two lengthy interviews with police, Sypher claimed not only did Pitino sexually assault her and get her pregnant, but that he forced her to have an abortion, threatening to put her and her family “in concrete” if she did not, and that he later enlisted Tim Sypher to marry her and keep her quiet; not surprisingly, the Syphers are now going through a bitter divorce.

Rick Pitino adamantly denies the claims, saying their one and only sexual encounter was consensual. Louisville Metro Police Sgt. Andrew Abbott determined Sypher’s story was untrue, and the commonwealth’s attorney agreed, refusing to pursue the claim and calling it “void of credibility and lacking any supporting evidence.”

When the details of that open-and-shut case became public last week, the word “liar” was added to the lexicon of disparaging terms observers were using to describe Sypher, along with “greedy,” “promiscuous,” and “conniving,” just to name a few of the more watered-down adjectives being tossed around.

“It’s natural that people pick sides in a case like this. It’s more of just picking sides and throwing mud than it is really dealing with the merits of the case,” says James Earhart, the federal public defender appointed to represent Sypher after she and her former lawyer parted ways earlier this month due to irreconcilable differences. “It makes it very difficult for her. She is not the popular one here.”

And although the now-notorious Sypher is new to the spotlight, it turns out her unflattering reputation precedes the very public drama currently unfolding. It appears Sypher’s alleged involvement with Pitino might not have been her first tryst with an attached man, according to court documents in which she is accused of not only having a previous affair, but also of subsequently claiming to be pregnant and having an abortion.

In 2001, Sypher — then Karen Wise — filed a sexual harassment lawsuit against a former employer and sought more than $200,000. The matter was ultimately settled out of court (two months after the accused died of cancer) for an undisclosed amount, but not before subjecting Sypher to a flurry of character assassinations that are part of a hefty case file in Jefferson County Circuit Court.

This prior saga began in December 1999, when Lenny LeGrande hired Sypher to work as a salesperson at Auto Glass & More, one of two body shops he owned on Poplar Level Road. In a deposition, LeGrande said he and the newly hired employee hit it off, and soon slept together while attending a trade show in Atlanta. Upon returning home, LeGrande claimed he ended the short-lived romance with Sypher because she was an employee and because he was engaged to another woman. By that time, he said he had already promised to pay Sypher a minimum of $2,700 in commission a month, regardless of how much business she brought in, and had given her his personal vehicle because she was not satisfied with the standard Ford Escort provided to other employees.

About two weeks after their trip to Atlanta, LeGrande said Sypher called him several times asking to get together: “So I went and met her underneath an overpass about two minutes from work … and she told me she was pregnant. She said, ‘I’ve got some pill I can take, but I want to make sure it’s over with us before I take this seven-day pill … I have been dating this other guy, and I don’t want to go on with him if there is something between us.’”

To that, LeGrande said he told Sypher, who was still married to her first husband and reportedly dating someone else, “I don’t know what to tell you … you’re married, you’ve got four kids. You don’t need another kid … That is up to you what you want to do. I can’t make that decision,” (A response which, by the way, is remarkably similar to the voicemail message Pitino left for Sypher — which she saved for six years — upon learning she was pregnant.)

After working seven months selling glass at LeGrande’s shop, Sypher was fired due to “personality conflicts” and “poor performance.” That’s when she filed suit, claiming LeGrande repeatedly made unwanted sexual advances. Although she denied having slept with him, she did admit they shared a room while at the trade show in Atlanta, and that he bought her a little black sequin dress while they were there.

In a scathing deposition, one female colleague had this to say about Sypher’s demeanor at work:

Her attire was a little provocative for business attire. She wore very short skirts and sometimes low-cut shirts … Several times I remember turning around to answer a question or get something and she would not be sitting in a very ladylike manner. I know a couple people said they had seen the same thing and felt it was intentional … My feeling was that she was starved for attention from men … There were lots of rumors about her ways of recruiting business and I can’t say that I didn’t believe most of them. She received flowers sometimes several times a week from different people … She gave one of the installers that works for us a modeling picture of her in a bathing suit … It seemed like she was going out every night and I really have no respect for a woman who has four kids and is out running the streets and throwing herself at men. She made everyone aware that she was in the process of a divorce and I guess that gave her free range.

Another female salesperson said in a deposition about Sypher that, “She is a liar and only cares about what she can get from people. She expects monetary rewards for things she has not earned.”

When asked to comment on the claims made about his client in the 2001 lawsuit, defense attorney Earhart said that although he’s heard about that case, he has not yet reviewed the file.

As for how Sypher is coping these days: “Obviously she’s under a lot of stress and under a lot of ridicule publicly. She lives in a community where she’s not the popular one here. Her family suffers as a result of it. She has suffered as a result; she can’t get a job, she is going through a divorce, she’s facing federal criminal charges, so she’s obviously very upset. Everything in her world has kind of crumbled, in a way, all at once.”