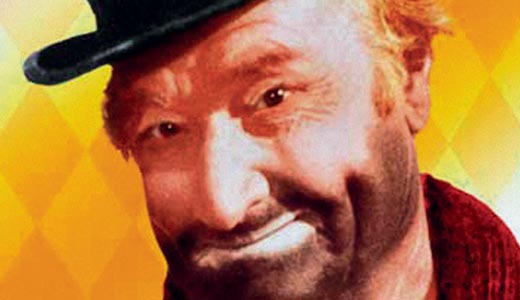 If you ever wanted a classic Peanuts TV collection, here’s your chance. To celebrate the anniversary of the Woodstock Festival, Warner Bros. is releasing this box set with “A Charlie Brown Christmas,” “Charlie Brown’s All-Stars,” “Great Pumpkin,” “You’re in Love,” “He’s Your Dog” and “It Was a Short Summer.” Also contains a long-overdue doc on Vince Guaraldi, whose music — beginning with the iconic “Happiness Theme” from “Christmas” — has become part of our shared cultural heritage.

While it may date us, we feel sorry for the current generation. They didn’t see men land on the moon, experience Woodstock or have Red Skelton on TV. His standup routines and comic skits were light, fresh and funny. Never snarky or ironic, they truly were “fun for the whole family” — and many were broadcast live! We don’t know of anyone in comedy today with a fraction of his talent, heart or love for his audience. This six-disc set contains 30 episodes from his weekly show, including such evergreen characters as Clem Kadiddlehopper, San Fernando Red and, of course, Freddie the Freeloader. Pure magic.

Fans of the frightening-as-hell “Quarantine” (ourselves included) were surprised to find that it was, in fact, an American remake of this Spanish tale, with Manuela Velasco as the beautiful TV reporter trapped in an apartment building with … something. “Quarantine” was one of the scariest damned movies we’ve ever seen, but this one may haunt our nightmares even more!

If you’re looking for something to help calm the nerves of your pre-school-bound rugrat later this year, check out this reasonably priced trio of “Bob The Builder” episodes, all packed in a fully functional nifty-cool soft-sided boloney-bag. (We don’t make squat writing this dreck, so Bob offered to remodel our bathroom if we plug his stupid videos.)

Think you’re a pop culture maven? OK, do you recognize this entertaining-as-hell, badly-dubbed-into-English Japanese cop-drama/live-action video game? You should! Itself a spoof of “Dragon Quest” (1989), scenes from it were then spoofed in “Charlie’s Angels” (2000) and “I Know What You Did Last Summer” (1997), among others. The fun is in trying to identify where else you saw them. Enjoy.

One of the most brilliant, insightful and thoroughly engaging indie teen movies we’ve ever seen. Eileen April Boylan stars a girl with the unique ability to see the truth in any lie she hears. This has left her sullen and jaded … until her boyfriend’s best bud shows up. And he never seems to lie! Clever, sexy and original; highly recommended.

KARL ROVE, I LOVE YOU

This starring vehicle for Dan Butler (Bulldog from TV’s “Frasier”) is worth checking out. He plays a Broadway actor, co-starring on stage with Alec Baldwin, who agrees to do a doc on Bush’s thoroughly degenerate advisor, the architect of an eight-year rape of the Constitution. But in researching the “character,” he falls in love with him! If it sounds, well, “odd,” that’s just the beginning, and Butler is perfect in the role.

First video release of a very long-running, watermark Japanese chanbara (“sword fighting”) TV series. Unlike “Zatoichi,” this starts off very slow, and the central character is a little off-putting. But stay with it and you will be rewarded as Raizô Ichikawa explores the futility of life amid Edo’s dark morass of intrigue, sex and brutal violence — all revealed in the light of his savage Full Moon Cut.

THE COLOR OF MAGIC

Fans of the “Discworld” novels who have been waiting for a follow-up to 2006’s “Hogfather” can rejoice: Terry Pratchett’s latest contains some cool special effects (natch!) and first-rate actors (David Jason as Rincewind, Sean Astin, Tim Curry, Jeremy Irons — and Christopher Lee as Death!), all pawns on a board game of the gods. Is it as good as the books? Of course not. The subtle humor of the written word can’t be expressed on the screen, but this is still a pure joy from end to end.

THE HAUNTING IN CONNECTICUT

This spooker, based on a true story, finds Virginia Madsen moving her family into a big old house — a former mortuary where the owner’s son served as a Gateway to Hell! Did we say “true”? Uh, anyway, one day the Gateway comes up the driveway to release the evil dead upon those living in his hallways in this PG-13 outing. Co-stars Elias Koteas and lovely Amanda Crew.

THE STATE: THE COMPLETE SERIES

Frankly, “The State: Full Frontal Comedy” may have been the best thing that MTV has done since abandoning music video. Their first stab at sketch comedy was a Gen-X rejuvenation of old-time slapstick mixed with razor-sharp observations and truly wicked cult-humor from the progenitors of “Reno 911“ and other future Comedy Central hits. Do you remember “The Jew, The Italian and The Red-Head Gay”? Three complete seasons, plus the pilot.

WIRE IN THE BLOOD: THE COMPLETE SIXTH SEASON